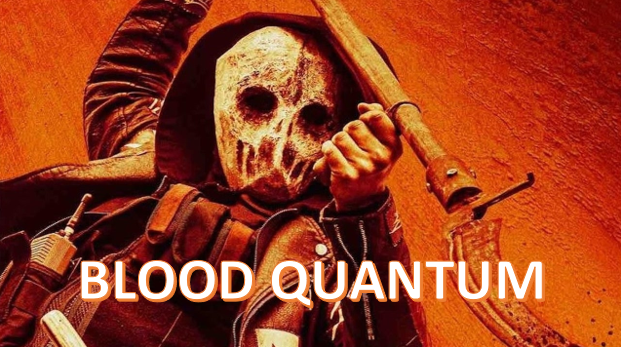 You just don’t see a good zombie film about Indigenous peoples anymore…wait, what?

Jeff Barnaby’s Blood Quantum premiered on Shudder this week and tells the story of a zombie outbreak among the Mi’kmaq tribe of which he is a part of, having grown up on the Listuguj reserve in Quebec, Canada. For those who don’t know, blood quantum is not just the name of the film but also refers to a measurement of how much “Indian blood” one has which is used by some tribes to ascertain citizenship. Also, if you’re not familiar with Native tribes but “Mi’kmaq” sounds familiar to you, the cemetery that reanimates the dead in Stephen King’s Pet Sematary was a Mi’kmaq burial ground – you’re welcome.

But I digress. Blood Quantum is a dark thriller that focuses more on story and character than on zombies and gore…at first. The story opens on an older Native gentleman gutting the salmon he just fished out of the river. Nothing unusual here except for when the gutted salmon suddenly starts flopping around like the fish at the end of Faith No More’s ‘Epic’ video. We’re then introduced to Traylor (Michael Greyeyes) who is the sheriff of the Red Crow Reservation. He’s had sort of a rough morning as he finds out from his ex-wife Joss (Elle-Máijá Tailfeathers) that his son Joseph (Forrest Goodluck) was arrested in town and is in lockup along with his other son Lysol (Kiowa Gordon); we learn early on that Lysol is a general fuck-up and bad influence. Before getting them out of jail, drives out to see his dad Gisigu (Stonehorse Lone Goeman) who turns out to be the guy with the flopping fish, so he gets to see that craziness firsthand.

At the jail, a cellmate of the brothers is having a hard time keeping blood from spewing out of his mouth. The brothers don’t know what’s going on, but we’ve seen enough zombie films to know that shit is about to get real. After Traylor and that crew deal with that issue, they head to a domestic disturbance call where all hell breaks loose (zombie-wise) and Traylor is bitten.

We fast-forward six months to see that Traylor is still alive? How is that possible? Inquiring minds full of useless zombie knowledge want to know. Well, it appears that in Blood Quantum, “blood quantum” not only refers to the amount of “Indian blood” one may have but also that the Indigenous are immune to the virus that spreads with a zombie bite. Quite clever, really.

So, six months later we see that Traylor and his family are all still alive and are members/leaders of a compound of immune Native survivors and some non-Native (and therefor non-immune) survivors. Unfortunately, this is where the film kind of began to fall apart for me. Actually, “fall apart” isn’t quite right because what comes next (lots of blood, gore and zombies) is not unenjoyable, it just doesn’t match how refined and stunning the first half of the film is.

Despite that, Blood Quantum is a film that should be seen and one that I’d recommend. Writer/director Jeff Barnaby has a uniquely distinct voice and vision that I’m excited to see more of. You can catch Blood Quantum on Shudder now. 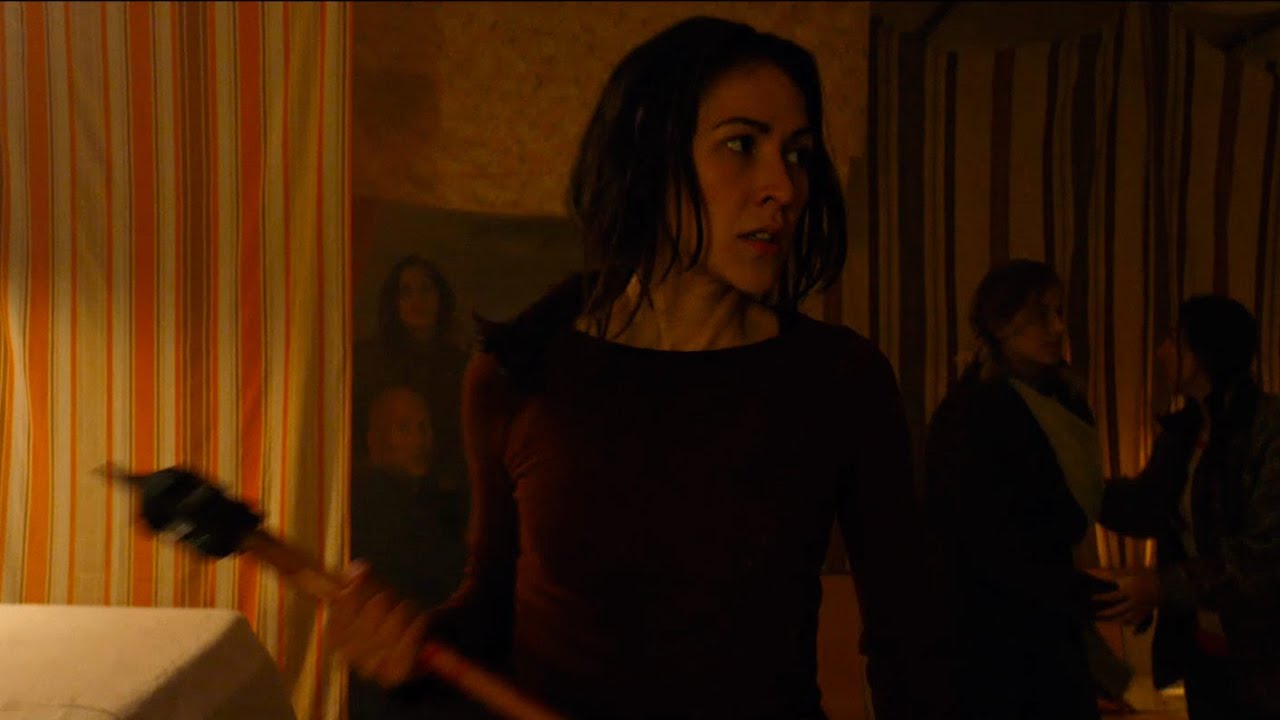