Midnight City, the recently founded indie label of Majesco Entertainment Company (NASDAQ: COOL), an innovative provider of games for the mass market, is proud to announce two more indie releases in the pipeline. Beast Game’s indie fan-favorite Avalanche 2: Super Avalanche will be fully optimized for Steam in late Q1, followed by an updated Blood of the Werewolf expanding to the Xbox Live online entertainment network for the Xbox 360 games and entertainment system from Microsoft and PlayStation ® Network simultaneously in Q2.

Released to critical acclaim this last Halloween on Steam, Blood of the Werewolf is ready to transform onto consoles with fresh content for its debut. New game mode ‘Endless Challenge’ pits players against procedurally generated, increasingly difficult gauntlets for limitless runs to sharpen the player’s skills and compete on leaderboards. For the uninitiated, Blood of the Werewolf spins the tale of Selena, a loving wife, mother and unstoppable werewolf who races against time to save her son from the evil Victor Frankenstein. Fueled by vengeance at the sight of her murdered husband, Selena sets off on a blood-soaked rescue mission that spans 10 levels of platforming action with five intense boss arenas. Dynamic gameplay focuses on lightning-quick transformations from human to werewolf form by light of the moon. Along the way Selena faces off with a reimagined cast of monster-movie icons including The Creature, Jekyll & Hyde, The Mummy, Dracula and Frankenstein’s Monster. Adding to the challenge, players must seek out secret rooms and hidden areas scattered throughout the game to collect power-ups for their crossbow, werewolf powers and health upgrades. Blood of the Werewolf is a thrilling platformer that pays homage to the classics of days past and reignites the passion for mastery that inspired one of the greatest eras in video games. Blood of the Werewolf is planned to release on the Xbox Live online entertainment network for the Xbox 360 games and entertainment system from Microsoft and PlayStation ® Network simultaneously in Q2 2014. 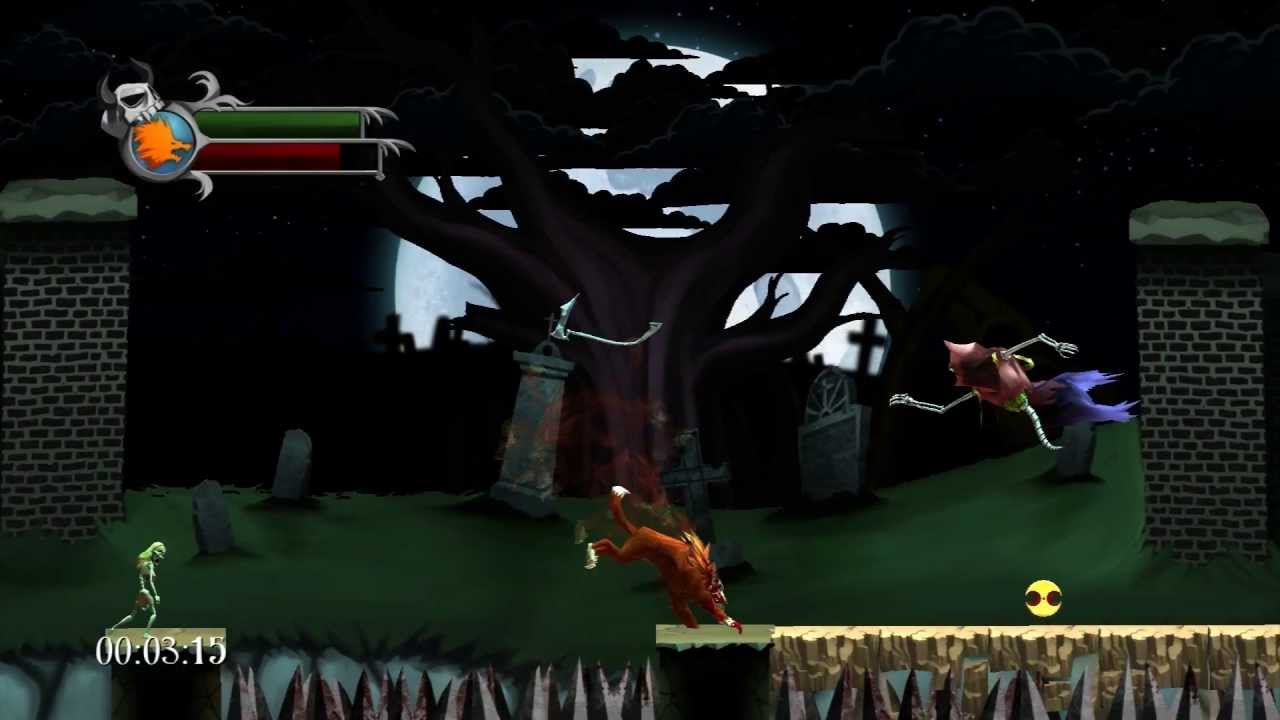