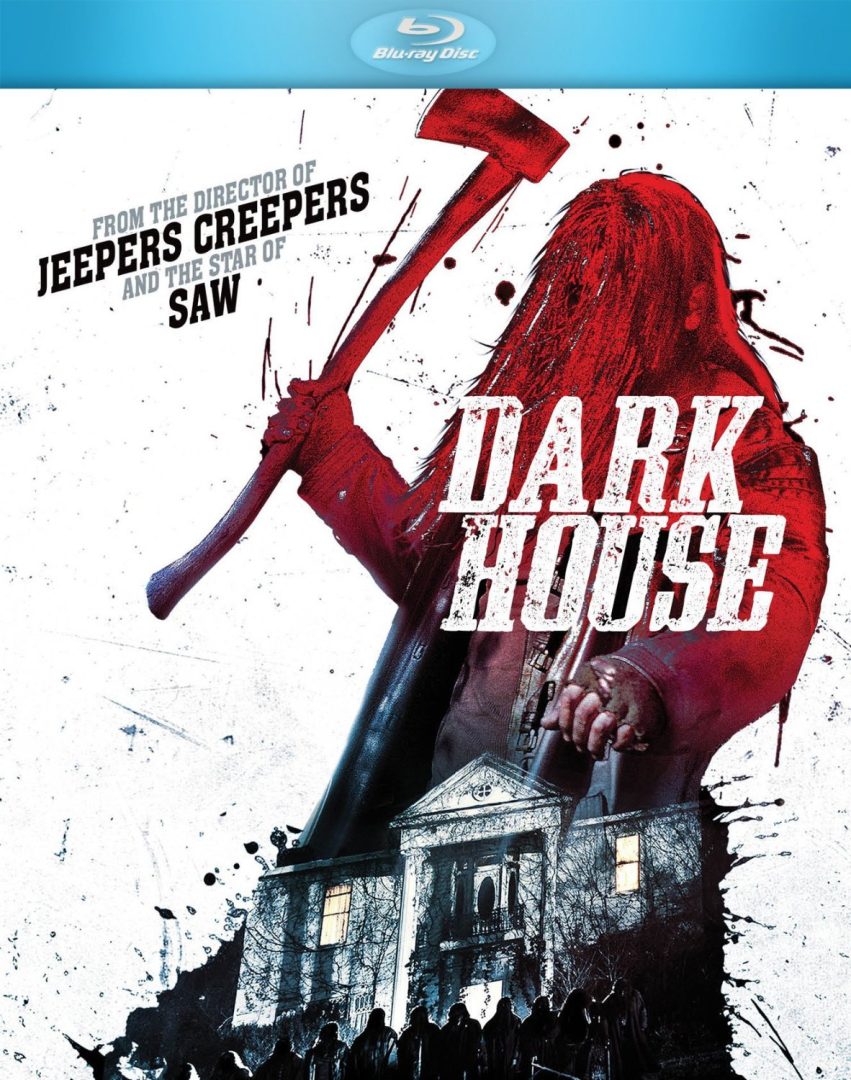 There appears to be a  recent trend in horror films to over complicate the simple.  The genre classics, which have stood the test of time, feature plots that are hardly complex: Halloween – an unstoppable, knife-wielding killer returns home to kill his sister on, of all days, Halloween.  Friday the 13th: The mother of a boy killed due to camp counselor negligence returns the favor years later on, you guessed it, Friday the 13th.  The Texas Chainsaw Massacre and Night of the Living Dead: the titles pretty much say it all.

Dark House, the latest film from Jeepers Creepers mastermind Victor Salva does indeed feature a dark house, which sits on the corner of Kitchen Sink Street and Enough Already Avenue in the quaint little town of Oh My God, Reallyville!

The dissertation…I mean, plot follows Nick Di Santo (Luke Kleintank) who discovers via his institutionalized mother on his 23rd birthday that the father he never knew, and thought to be dead, may actually be alive.  We soon find out that Nick possesses a special power which allows him to see the future moment of death for those who touch him.  When Nick’s mother dies in a fire on the night of his birthday, he decides to seek out his long lost father, who may be living in a house that Nick has now inherited. Along with his best buddy and his pregnant girlfriend Eve (Alex McKenna), Nick sets off to find his legacy. Upon seeing the titular abode, Nick realizes that he has been drawing it since childhood, even though he has never been there. It is from here that Salva ignores both the road less and most traveled and decides to drive right off the road all together and into the thick woods.

The story descends into a murky world of good versus evil, angels versus demons, ax-wielding monsters versus everyone, and Tobin Bell versus the longest and frizziest wig in movie history.  We are also divined the revelation that all of the strings are being pulled by a puppet-master who speaks to people through the house’s ventilation system. One can only assume that the well-intentioned idea is that the plot was to keep the viewer guessing and off-balance until the end. Unfortunately, the patchwork nature of the story takes too much energy to keep straight.

All this being said, some of the elements that elevated Salva’s position among horror directors are present and accounted for. The ax-throwing juggernauts are among the scariest things I have seen in any film. The production design reeks of atmosphere and dread. And while dealing with a convoluted script co-written by himself, Salva does keep the pace moving albeit to a lackluster conclusion.

Fans of Salva’s other work (specifically, Jeepers Creepers) may be satisfied enough with the fact that he is still working in the genre and trying to create new things with his unique visual style.