This big, red collectible may make the wait for Hellboy 3 a bit easier.

There are no concrete plans in place at this time for a much-desired third Hellboy feature–even though star Ron Perlman is on record as wanting one–but an impressive statue of the Mike Mignola character reportedly will debut this October from Blitzway. Check out the photos–courtesy of hyper-toys.com–to whet your appetite.

The 1/4-scale polystone statue of the paranormal occult hero–based on 2008’s Hellboy II: The Golden Army–stands over 27 inches tall with lifelike details and fabric clothing. The cigar-chomping half-human, half-devil comes ready for trouble with his Samaritan and Big Baby guns made of die-cast metal.

The collectible also comes with interchangeable heads (including a full devil horn sculpt), the ever-present cigar, swappable hands, a bracelet and his utility belt. The statue–available for pre-order now for the tidy sum of a cool $1,000–is expected to ship in October.

Hellboy II: The Golden Army–written and directed by Guillermo del Toro from a story he wrote with Mignola–stars Perlman, Selma Blair, Doug Jones, Jeffrey Tambor and John Hurt. The sequel was a hit with critics and fans, grossing $168 million on an $82-million budget and earning an Oscar nomination for Best Makeup.

Keep reading Horror News Network for the latest horror collectibles–and for all updates on the future of the Hellboy film franchise. 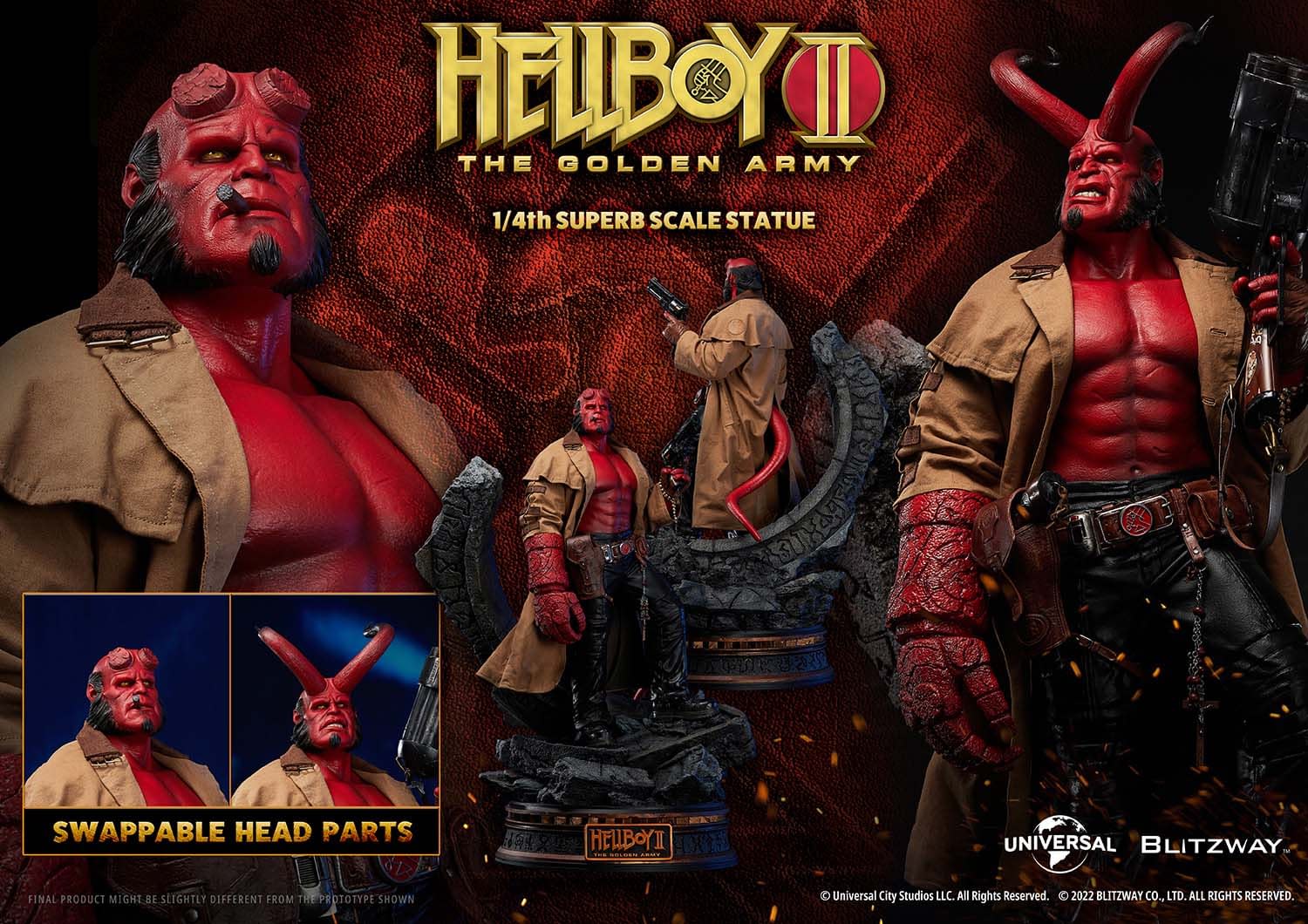 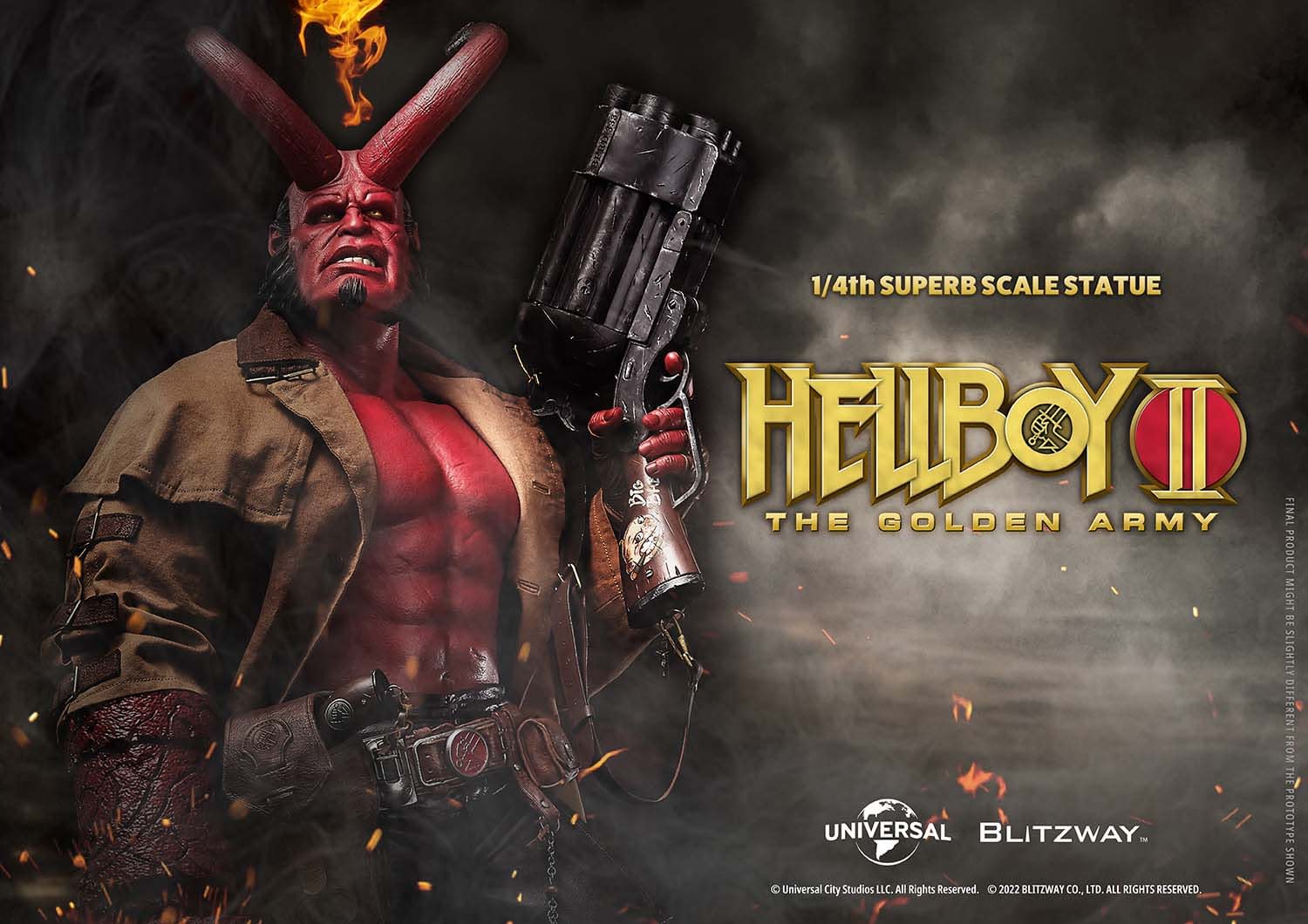