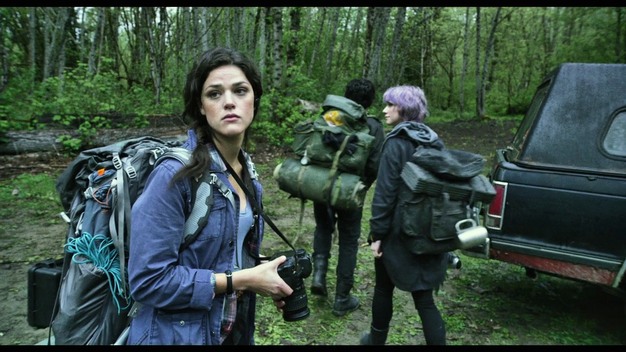 Blair Witch Hype Does Not Translate Into Ticket Sales This Weekend

The much anticipated Blair Witch reboot delivered anemic box office numbers, as the film’s hype did not translate into ticket sales during the film’s opening weekend.  As reported by Horror News Network on Friday, director “Adam Wingard’s new Blair Witch sequel/reboot is garnering mixed reviews as the film debuts this weekend for anxious fans of the original Blair Witch Project.   The film currently sits at 38% on aggregate review site Rotten Tomatoes and has steadily declined throughout the week.  The film originally sat at 53% positive on Wednesday but as more reviews poured in, the film experienced a steep drop.”

Blair Witch brought in an estimated $9,650,000 at the box office this weekend, which also includes Thursday’s early preview sales.  This number is much lower than recent horror film debuts and it is the lowest total since May’s The Darkness debuted with just under five million dollars at the box office in its opening frame.  The Darkness also opened on half of the screens that Blair Witch did, a stat that doesn’t bode well for the film’s future succcess.

In comparison, horror film’s such as Don’t Breathe ($26,411,706), the Purge: Election Year ($31,515,110), and Light’s Out ($21,688,103) all experienced greater initial success against much stiffer competition this summer.  In fact, Blair Witch debutted with the lowest per screen average of any horror film released this year.

The initial hype (which included HNN’s coverage at SDCC 2016) predicted a much better reception by fans, but it appears like most choose to stay away from “the godfather of found footage” horror remake.  The film faces no competition until mid-October’s Ouija: Origin of Evil, but at this rate, it appears that Blair Witch will not have an extended run in theaters.