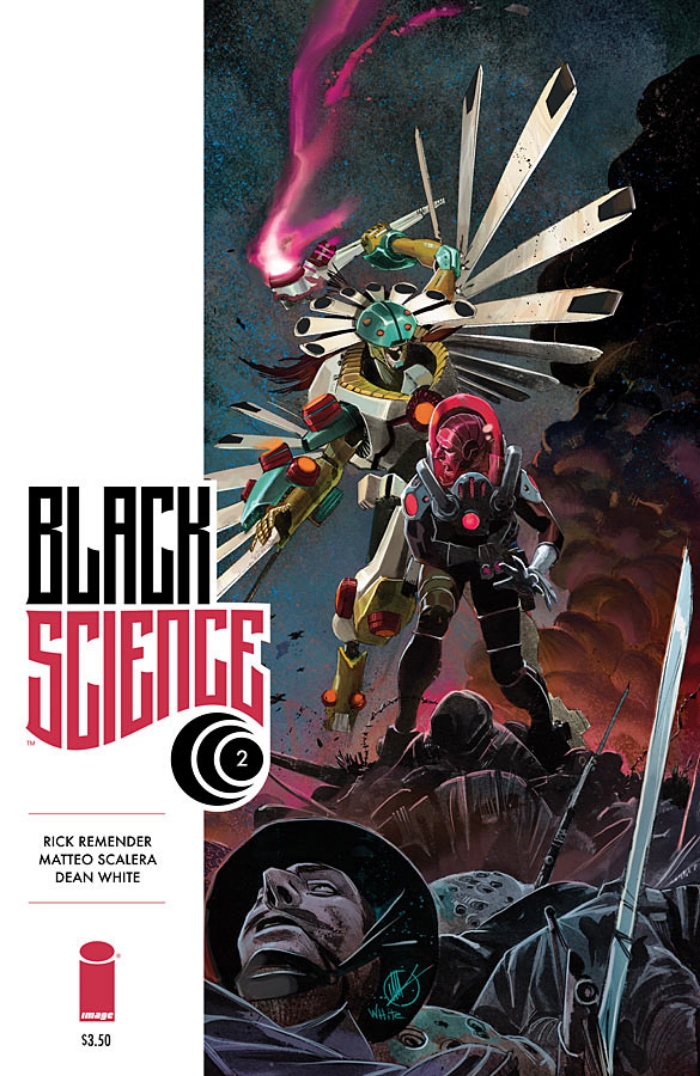 Image Comics has provided us a preview of the new Black Science comic.

Run-amok reality! Grant and his crew escape the madness of the lightning sea-swamp only to be flung into a futurepast trenchworld, where the Sons of the Wakan Tech-Tanka wage never-ending war on the savages of Europe! How did the Anarchist League of Scientists end up this deep in the onion? Who among them sabotaged the Pillar?