Black Friday brings new meaning to the phrase “shop ’till you drop”.

As one might expect, the new horror flick will land in theaters just before the annual Black Friday shopping mania event–on Nov. 19–as reported by JoBlo.com. And fans can catch a sneak peek of this terrifying twist on the busiest shopping day of the year by watching the trailer on this page.

The film takes place on Black Friday (naturally) when a group of “disgruntled toy store employees must defend themselves against legions of holiday shoppers when a mysterious alien parasite turns them into monstrous creatures hell-bent on a murderous rampage,” according to the official synopsis. Attention, K-Mart shoppers!

Tebo said the script is “such a blast,” and added that the storyline reminds him of such holiday fan-favorites as Gremlins and Krampus. “It’s imaginative, original, scary, fun and the right bit of ridiculous–and that’s all the things I want to see in a movie,” Tebo said. 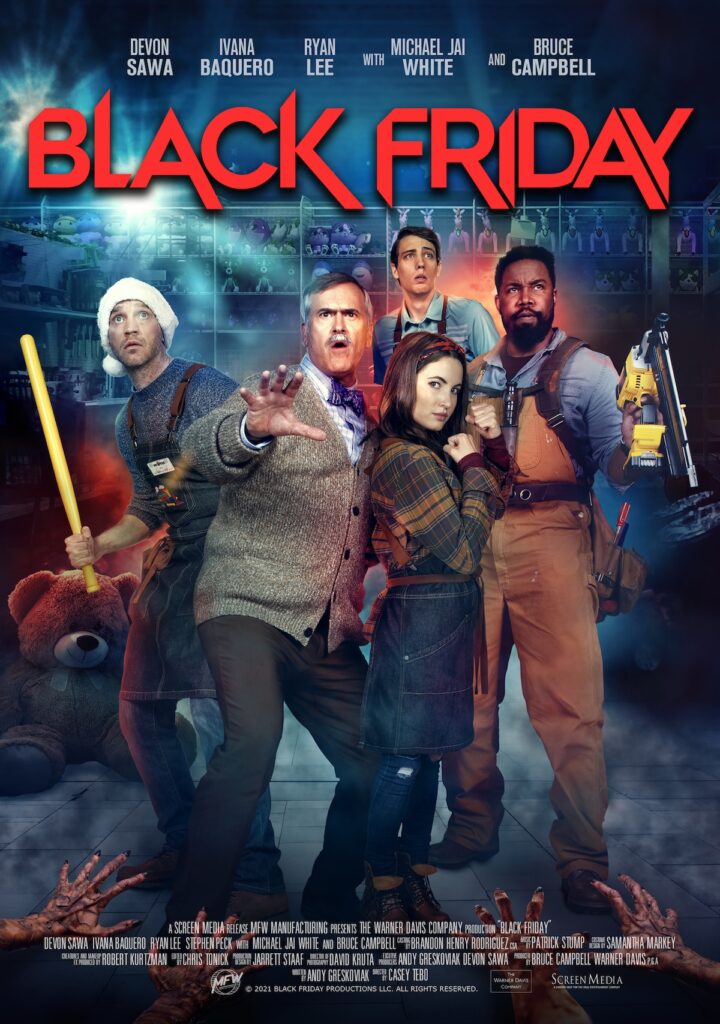