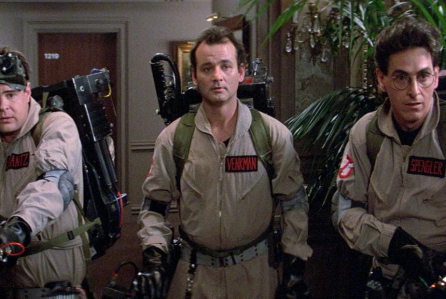 Despite being scared off of any new ‘Ghostbusters’ projects after his disappointment with ‘Ghostbusters 2’, Bill Murray has decided to appear in the upcoming film from Paul Feig.  Melissa McCarthy, Kristen Wiig, Kate McKinnon, Leslie Jones and Chris Hemsworth star in the upcoming reboot of the franchise, which is currently in production.  Sources say that Murray “snuck” into Boston and is filming a scene for the film.  Murray had previously said the rumors of an appearance in the film were “crazy talk.”  ‘Ghostbusters’ will premieres in theaters  July 22, 2016.