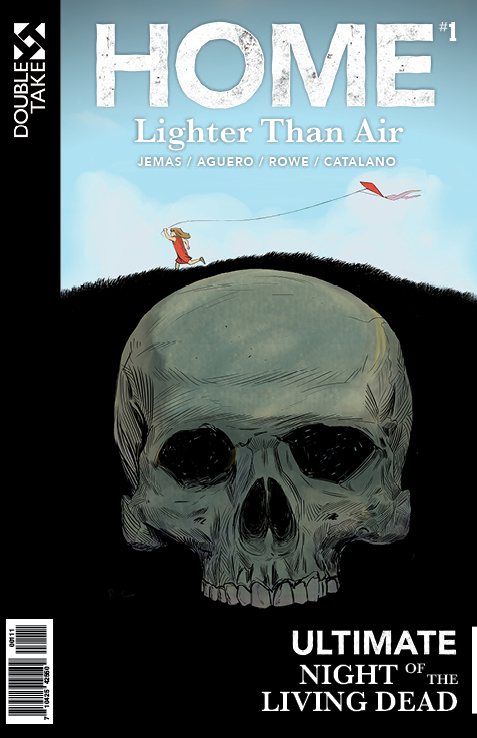 Take-Two Interactive, the video game publisher behind classics such as Grand Theft Auto, and Borderlands is branching out into comics with a new line of Night of the Living Dead books.

We caught up with Bill to talk about these upcoming comics.

Horror News Network: Do you recall the first time you saw Night of the Living Dead?

Bill Jemas: No, but I remember the last time I saw it. Recently. What a great piece of work. Schlocky, fun, scary in bits, but ultimately iconic.

Horror News Network: What was it about that film that stayed in your psyche and helped launched this NOTLD comic line from Double Take?

Bill Jemas: To me, the film is the best thing in the public domain.  This isn’t to say I don’t appreciate the way the film revolutionized the genre.  There is a parallel here. We hope to change the way comic books are made and read and sold.

Horror News Network: There are many zombie comics on the market now including heavyweights The Walking Dead, Afterlife with Archie and Crossed. In your opinion, what can these NOTLD books offer fans that the aforementioned series can’t?

Bill Jemas: These are Ultimate-style stories told by Moth Grand Slam winners and talented comic creators who really love the film. We are creating a new comic universe.

Horror News Network: From the preview that we are treated to on the Double Take website, we see a lot of the original and loved cast making appearances: Barbara, Johnny, etc. Will we see Ben?

Horror News Network: Can you talk a bit about the team you put together to create these comics?

Bill Jemas: We have three star writers doing two books each: Jeff McComsey (best know for his Zombie collections, Fubar, Mother Russia) is on Z-Men and Rise.  Brian Finklestein and Peter Aguero- our Moth Grand Slam champs are also doing two each. Brian on Slab and Medic, Peter on Home and Honor.   Double Take is fortunate to have three wonderfully talented creators working in the office, Michael Coast, our story editor, along with Julian Rowe and Kurt Tiede – graphic artist.

Horror News Network: Will all of these comics be mini or ongoing titles?

Bill Jemas: They’ll all be ongoing until they go “zombie”.

Horror News Network: When’s the release date and how much will the books be priced at?

Bill Jemas: The 1st 10 1st issues will all hit comic shop shelves on September 16th.  Readers can buy copies in advance for as low as $1.00 each on Kickstarter.

Horror News Network: In closing, what would you like to say to our readers about the NOTLD comic?

Bill Jemas: These stories are not scary in the way the film is scary, but they are true to the world NotLD exists in. We are truly creating a comic universe and have spent lots of time on timelines and world building. It’s going to be lots of fun.

Horror News Network: Thanks for your time, Bill! Best of luck with these titles.