Terror aficionados, prepare to be bewitched and bedeviled!

Tales of Vampirella is a glorious hardcover treasury of actual storyboard artwork from the heyday of horror comics, scanned in high-resolution color and printed at original size. Over a dozen mesmerizing tales appear in their entirety, stories ranging from Vampirella Magazine #9 (January 1971) to issue #112 (October 1979). Featuring contributions from such comic luminaries as Jeffrey Jones, Auraleon, Jose Ortiz, and Luis Bermejo (to name a few), this hardcover Art Edition preserves and celebrates the meticulous skill and hard work of the artists that defined the horror comic medium! 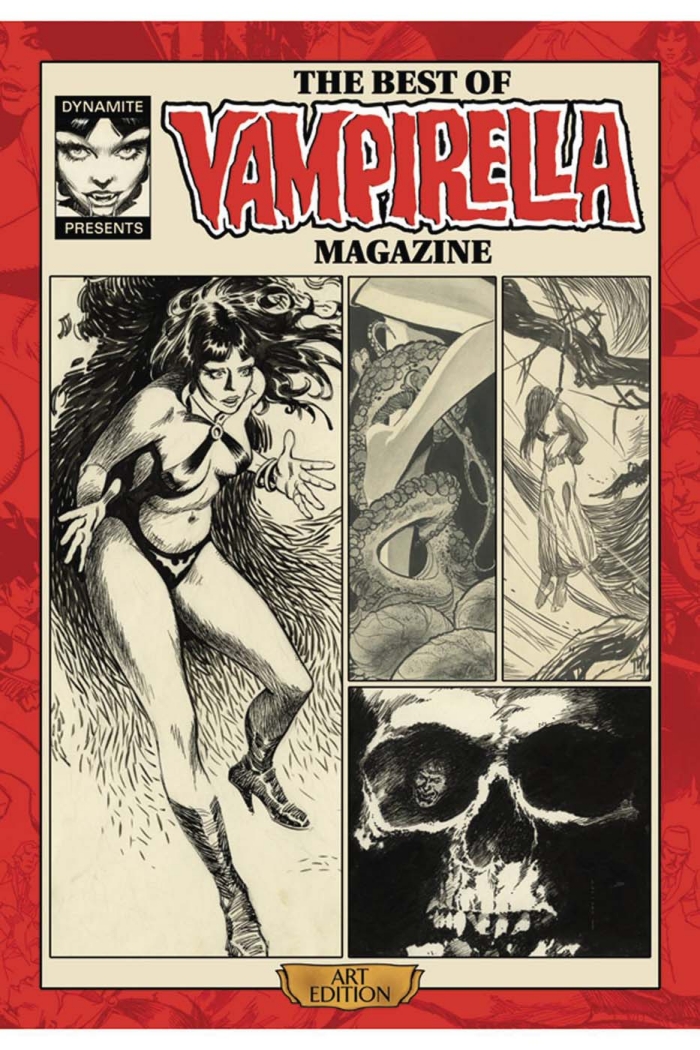