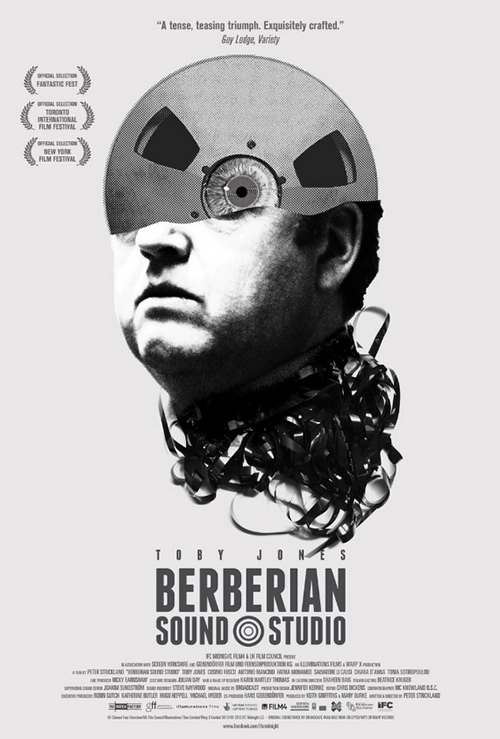 IFC is releasing Berberian Sound Studio on December 10th. Here are the official details of the movie:

Mild-mannered sound engineer Gilderoy (Toby Jones, The Hunger Games, The Girl, Tinker Tailor Soldier Spy) arrives in Rome to work on the soundtrack to a film called The Equestrian Vortex, a tale of witchcraft and murder set inside an all-girl riding academy. Before long he becomes entranced by the film’s mysteriously terrifying allure, and the lines between reality and fantasy begin to blur. Now Gilderoy’s own mind has become the battleground between his horrifying delusions and his desperate grasp on the real world. Tense, claustrophobic and featuring a tour-de-force performance by Jones, BERBERIAN SOUND STUDIO is an “altogether transfixing psychological thriller” (Kyle Smith, New York Post), an electrifying portrayal of a man’s descent into the darkest pit of madness. It won British Independent Film Awards for Best Actor, Best Director (Peter Strickland) and Best Technical Achievement. Salon.com’s Andrew O’Hehir said, “BERBERIAN SOUND STUDIO may be the finest tribute to the old-school cinematic craftsmanship of the sound mixer and Foley artist I’ve ever encountered.”