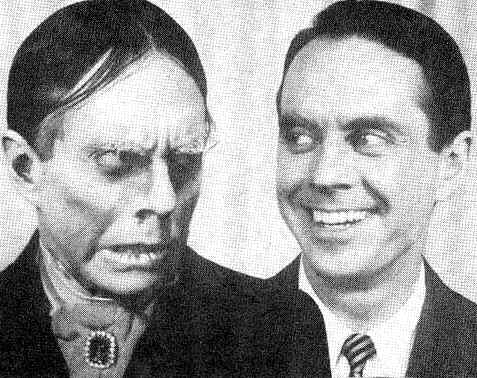 Dread Central broke the news today that John Zacherle (better know by his stage name Zacherley) died yesterday, a day before the semi-annual Chiller Theater Convention that was named for his popular New York area horror television show from the 1960’s.

John Zacherle started out in early televison and radio broadcasting, but his real claim to fame came as the host of Shock Theater for WCAU-TV out of Philadelphia, Pennsylvania which debuted on October 7, 1957.  Zacherle started out as an undertaker/vampire character named “Roland” before switching to his trademark Zacherley. 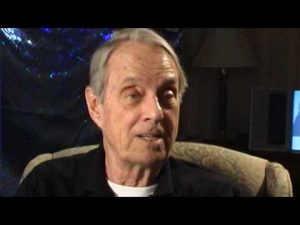 Shock Theater was a package of classic pre-1948 horror films that were sold by Universal to regional television stations for late night programming.  To accompany the package, most stations established their own “horror hosts”, but Zacherley stood out in the tri-state area due to his comedy and frequent “cut-in” appearances in the films.

Zacherley also recorded the top ten hit “Dinner with Drac” in 1958 during his time at WCAU-TV.

After a successful run in Philadelphia, “The Cool Ghoul” moved to WPIX-TV in New York City in 1963 and his program would be renamed Chiller Theater. Zachereley would host the show until 1965 when he left to pursue a budding radio dj career and occassional television roles. 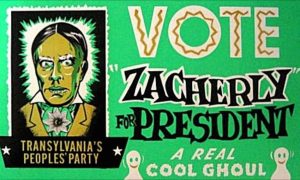 His impact on a generations of “monster kids” can not be underestimated, especially those who grew up in the New York Tri-State area.  Zacherley continued to make appearances at the Parsippany, New jersey convention named in his honor late into his life and he always remained appreciative and cordial to his many fans. He will be missed by the entire horror community.