Take a look inside the cabin.

Acclaimed filmmaker M. Night Shyamalan and several members of his cast discuss his upcoming thriller Knock at the Cabin in a new featurette dropped this week before its debut next month. Check out the enlightening video on this page. 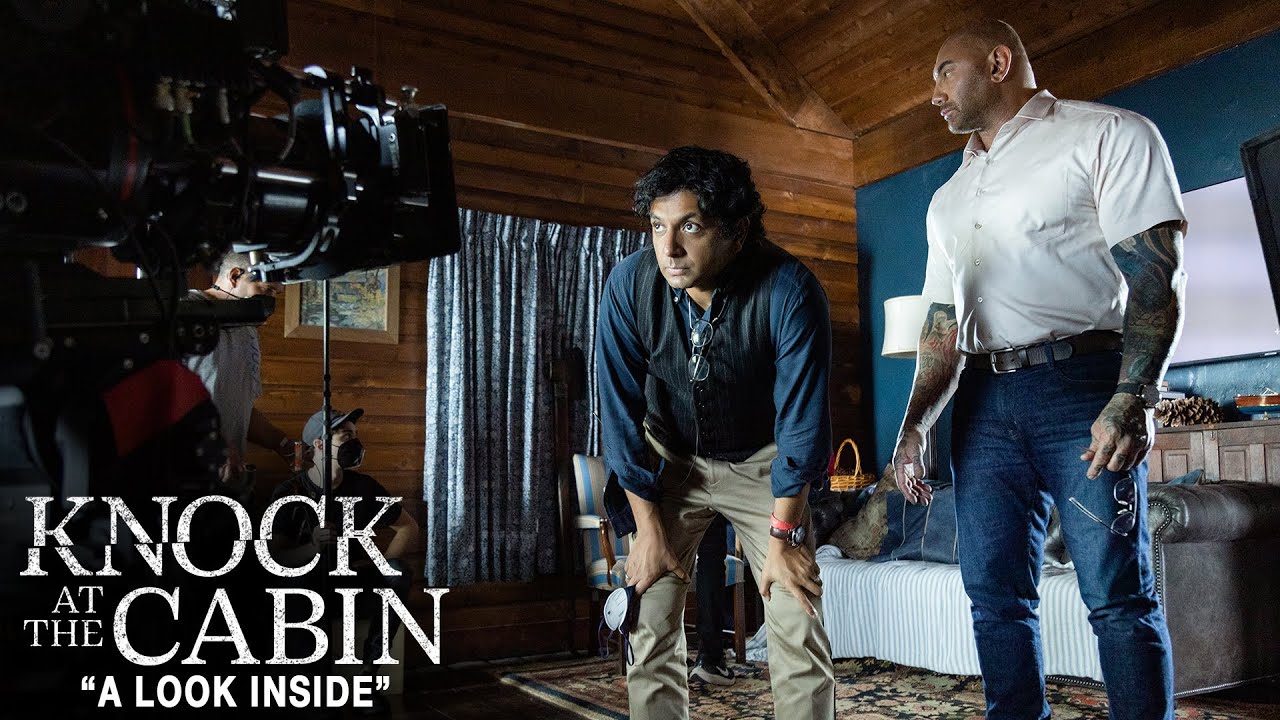 The R-rated horror film–which lands in theaters Feb. 3–is “definitely in the wheelhouse of things you’re seeing from me now,” Shyamalan said, “a contained and gigantic event that’s occurring.”

In the movie–based on Paul Tremblay’s novel The Cabin at the End of the World–a young girl and her parents are vacationing at a remote cabin when they’re suddenly taken hostage by four armed strangers who demand they “make an unthinkable choice to avert the apocalypse,” according to the synopsis.

The family–cut off from the rest of the world and at the mercy of the invaders–is forced to “decide what they believe–before all is lost.”

Keep reading Horror News Network for any further updates on Knock at the Cabin.