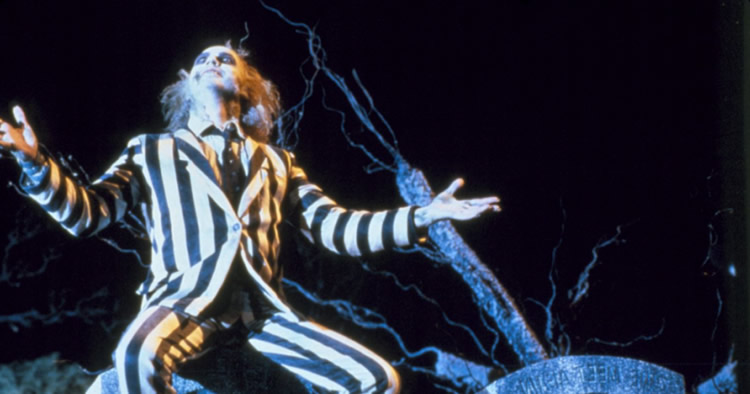 This just in from Deadline, Mike Vukadinovich has been selected to rewrite the script for Beetlejuice 2 at Warner Bros., a project that has been gestating since September 2011.

Vukadinovich is known for his recent film titled Rememory that premiered at the Sundance Film Festival in January of this year. Based an original screenplay written by Vukadinovich, that film stars Peter Dinklage and Julie Ormond.

Producers for the new movie are reported to be Seth Grahame-Smith and David Katzenberg of KatzSmith Productions.

There are no deals with any actors or a director as of yet. However, Deadline reports Michael Keaton and Tim Burton, currently working together on Dumbo at Disney, are said to be excited at the thought of returning for a sequel.

Upon its release, Beetlejuice achieved both critical and commercial success grossing $73.7 million on a $15 million budget. It won the Academy Award for Best Makeup and Saturn Awards for Best Horror Film, Best Makeup and Best Supporting Actress for Sylvia Sidney.

The film also spawned a video game adaptation for the Nintendo Entertainment System and an animated television series that ran for 94 episodes and spanned four seasons from September 9, 1989 to December 6, 1991.

A planned sequel titled Beetlejuice Goes Hawaiian was written in 1990 but never made it into production.

Check back soon for more on Beetlejuice 2!