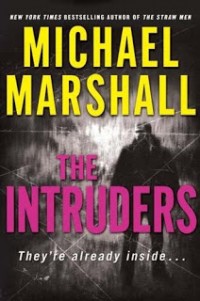 Deadline is reporting that BBC America has greenlit Intruders, an eight-part original series based on Michael Marshall Smith’s 2007 novel The Intruders. Glen Morgan (The X-Files, Those Who Kill) is writer and executive producer on the series that’s about a secret society devoted to chasing immortality by seeking refuge in the bodies of others. Production is scheduled to begin in early spring 2014.