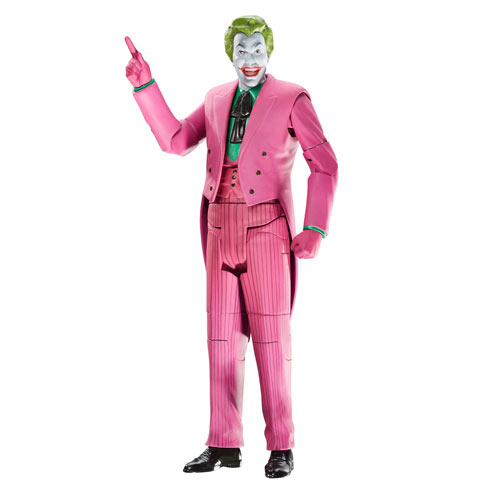 We received this preview of an amazing looking Joker figure from the 1966 Batman TV series. Below is the official synopsis.

From the classic 1966 Batman TV series! This Batman Classic 1966 TV Series The Joker Action Figure features The Joker as he looked during the campy show, and includes a realistic head sculpt of the actor who played him, Cesar Romero. Measuring approximately 6-inches tall, this action figure of the original live-action version of The Joker is a great item for young and old collectors alike!