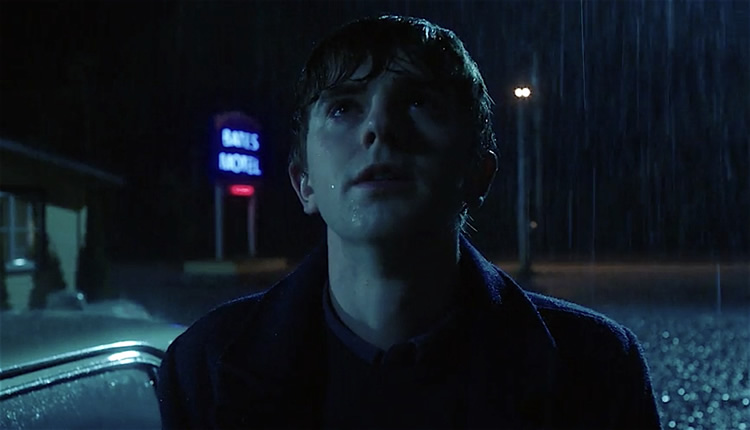 Let’s talk about the elephant in the room. But instead of a gargantuan tusked pachyderm, let’s make it a Barbadian bombshell with hypnotic hazels.   Rihanna effortlessly delivers Marion Crane in the broad sense of the classic character: she’s seductive, elusive and totally committed to a better life with her beau Sam Loomis. She is preyed upon in the workplace and quick to fake sick to stick it to the scumbag who flaunts his cash as a pickup line. A&E’s “Bates Motel” owns the rest of THIS Marion Crane. Unaware that her boyfriend is already married, criticized for her lack of education and, most importantly, already a past guest at the Bates Motel, Rihanna brings a coy angst to a character who is redefined in this century. As show creator Carlton Cuse told Vulture, “Fundamentally, it was not going to be possible to make Marion Crane an empowered woman of 2017 if she just died in the shower.” (http://www.vulture.com/2017/03/bates-motel-casting-rihanna-marion-crane.html)

In Marion Crane’s true debut, we see the turmoil of her relationship with an uncommitted man and the lengths she will travel to secure their future. We also see Madeleine, the unsuspecting wife, learn of her husband’s affair. The loneliness and rampant business trips all make sense. And while Norman didn’t feel it was his place to tell Madeleine he had met her husband and his mistress before he crossed the threshold of her hardware store, their connection is now dead. So is the trust in the Loomis marriage as Madeleine confronts Sam who hopes to sneak out to meet Marion at the Bates Motel. Let him go, Madeleine. We know what might happen!

The chaos that Emma & Dylan left behind in White Pine Bay is rearing its ugly head. Emma comes across “the earring” while looking for stamps (who keeps stamps in the bedside table, by the way?) and is unable to convince Dylan that a reunion with Grandma might be in order. When Dylan shares the unverified truth with his bride – Norman’s dad Sam (Sam? Really?), Blair Watson, Emma’s mom (possibly)– the picket fence begins to splinter. Searching for answers online, Emma clicks on an article titled, “Norma Bates, Business Owner and Local Sheriff’s Wife, Found Dead of Apparent Suicide”. This will make for quite the breakfast banter. At least it will put an end to talking about Norma in the present tense. Sniff.

Sheriff Greene is back and chock full o’ questions. Having done her homework since her last meeting with Norman, she is even more stunned by the coincidences of Jim Blackwell’s disappearance and Alex Romero’s escape. She’s blunt and serious this time. Is she playing her cards close to the chest so Norman doesn’t completely clam or is she honestly just now capturing the creepy vibes? Slow on the uptake or strategic as hell? I can’t figure out which yet. Either way, it’s fun to watch Norman as he impresses himself with incriminating statements about Romeo: convinced Romero pushed Norma to her suicide; knows Romero blames Norman because how could he blame himself?? Norman continues to proclaim total detachment from his stepfather until Greene asks why he paid him a visit in jail 24 hours before the escape. Um….looking for closure? Massive mistake? Deeply unsatisfying experience? Greene warns Norman that he may have provoked Romero and cautions him to be careful as Romero is armed. Gotcha, Sheriff.

For the first time, all Norman sees is his disheveled surroundings and a mirror image of his own flesh and blood. Mother – and the car – are nowhere to be found. Numb with confusion, Norman is exhausted and aloof. He knows Norma is gone and behind his anger, he knows he drove her away with his demands of independence and separation. A chance meeting with Dr. Travis proves that Norman can dip his toe in the real world. He lies to the good doc about his blackouts and medications but easily remembers the mantra of his therapy: “Sometimes I see mother when she’s not really there. And sometimes I become her.” Despite this recollection, he bails and continues looking for Norma. A matchbook in the parlor leads Norman to the White Horse Bar where the Mercedes was left the night before. In a total game changer, Norman’s chaotic search for Norma leads him to a world where their psychological morph becomes a physical one. Norman’s escapades in the past while under the spell of his mother always featured the beautiful Norma – the alternate realm that was playing out before us. We finally see how it really looks to everyone else…and so does Norman. Norma’s ache to be free and alive again frequently takes her to White Horse Bar for drinks and masochistic trysts with strangers. In this actuality, void of the hallucinatory Norman lens, we are forced to see the truth. The bartender and patrons almost don’t recognize Norman without the wig. When Norman collapses in the men’s room, drunk and confused, his lover from the night before offers comfort. But Norman remains Norman and daydreams a gorgeous Norma bathed in sunlight promising they’ll always be together. When that soothing memory changes to resting his head on a rigor mortis corpse, Norman bolts and races home. But the home is still empty and dank. And even with his eyes closed, Norman cannot see what he wishes to see. His mind is vacant as well.

I am super sad – distressed at the morose reality dished out in this episode. My heart is breaking for everyone: Norman, as he faces his own self while searching for Mother; Emma, as she learns of her mother’s probable demise and the truth she will have to share with Dylan; Madeleine, as she is confronted with infidelity and regret; and Marion, as she is driven to commit grand larceny for her spineless beau hunk. I am also super sad that our only glimpses of Norma were a sunny apparition and a frozen lap. I am definitely super sad that an episode directed by Nestor Carbonell lacked any visual of his bleeding yet feisty Romero. You can direct yourself. I swear. They do it all the time.