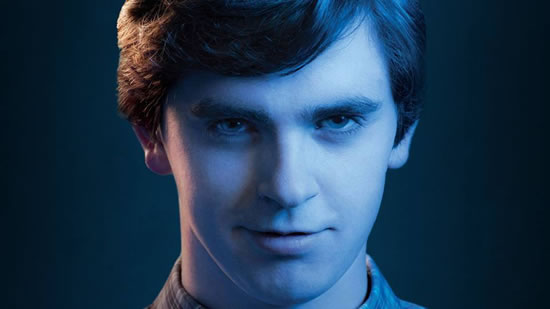 Summary with SPOILERS: Norma’s explosive departure from White Pine Bay finds her in Portland, splurging on sexy new duds and trading in her late model Mercedes for a sporty red number.  She checks into a motel only to find herself replaying visions of her and Caleb as beaten and bruised tweens hiding under the house until their drunk father passes out. Norma tries to escape her memories by getting sloppy drunk in a local bar and slow dancing with a stud named Taylor. When asked if she’s ever been married, Norma tells him that there was something wrong with her husband so she had to kill him. Turned on by her drunken crazies, Taylor invites Norma to his truck only to be spit at and deserted when he initiates a blowjob.

Dylan tells Caleb that Norma refuses to speak to him and tells him to leave the farm. Caleb quietly agrees and both leave each other behind shedding tears.  Neighbor Chuck Hogan checks in with Caleb the next morning for an answer to his job offer.  Knowing that he now needs to find a new path, he accepts the job and is told sit tight for the details.

Still drunk, Norma calls Professor Finnigan and asks if she can come over.  Norma tells him the PG version of her life with Norman over a cup of tea but then quickly reveals that Norman killed her husband in a blackout.  Finnigan is shocked by the confession and when Norma storms out regretting her words and blaming her drunkenness, he pulls her back into the house and tucks her in. She easily seduces him despite his pleas to keep their relationship strictly professional.

Sheriff Romero depressingly shops for frozen dinners before being shot at from a luxury car in the parking lot.  He collapses when he notices that he has been hit and wakes in the hospital.  He demands his phone and kicks out his nurse out before calling Norma and leaving her a warning voicemail that she may also be in danger. Would-be sheriff Marcus Young strolls into the hospital to pay Romero a visit, telling him that the Arcanum Club gang want him dead.  Young tells Romero that once he becomes sheriff, he can use a man like Romero to fill him in on the secrets of White Pine Bay.  He promises to protect Romero if he agrees to be his bitch; otherwise, he’s a dead man.  Young adds that he’ll return tomorrow for an answer and then cocksuredly struts to his car.  As he turns the key in the ignition, Romero’s IV pole comes blasting through the driver’s window.  After a few awkward punches and grabs, Romero resurfaces with Young’s gun and blows his brains out.  He drags Young’s body to the passenger’s side, hops behind the wheel and takes off.

Norman is (of course) freaked by Norma’s abandonment.  He blames Dylan in a hysterical fit who then punches Norman’s lights out.  Norman wakes distraught yet subdued and is convinced that Norma will never return based on her track record. Dylan reassures Norman that everything will be okay and takes Emma up on her offer to spend the night to help take care of Norman.  With Emma asleep in the rocking chair, Norman hallucinates that he walks to Norma’s dark bedroom where he is then swarmed by bats (birds??) while the walls start splitting open. In the safety of his taxidermy basement, Norman dissects a bird only to discover it is still alive.  The bird frantically tries to fly away but is choked to death by Norman who then lies his head beside it in affectionate proximity.  Emma and Dylan find Norman with his familiar catatonic smirk and agree to wait until this episode passes instead of calling an ambulance. They safely get him into Norma’s bed, and amidst Norman’s monotone requests for his mother, Emma excuses herself with a coughing fit. After Dylan pounds the phlegm out of Emma’s chest, they share a weird moment comforting each other in their inability to get closer to Norma and Norman.  The next morning, Dylan wakes to the clanging of pots and pans and discovers that Norman is making breakfast….wearing Norma’s robe, swinging Norma’s hips, speaking Norma’s voice.  Dylan frozenly goes along with it, even when he is told to go upstairs and wake his younger brother for breakfast.  Norman returns to bed and once asleep, Dylan lies beside him to keep watch.

Finnegan wakes to see Norma hurriedly dressing. She announces that she is going to talk to Caleb because it is important to her sons.  She stomps home and orders Norman and Dylan to go with her to the farm.  When Norma and Caleb stand face to face outside his van, they both resort to their childhood selves.  Norma’s fear and quivering bottom lip force her to walk away but Caleb grabs her, repeatedly howling his apology to her.  She breaks and they hug, both of them destroyed and relieved.  Dylan looks on with optimism while Norman glares between his tilted brow bone and twisted grimace.

Opinion: Finally! The fact that we had to wait until Episode 6 for the real shit to happen is made up for in the realness of said shit. Throughout her escapades, we see Norma tailed by the same elitist thug who ran her off the road. Someone should probably tell him that they will never get to kill her.  Norma’s speech about giving up your own needs once you have a child is awesome, citing the sadomasochistic interpretation of Shel Silverstein’s “The Giving Tree”.  Vera Farmiga brilliantly adds more and more layers to Norma, if that was even conceivable.  I’m a little sick of Norman’s crazy smirking stare but I do hope it reclaims its effect on me.  And excuse me but….we don’t see Romero again in the episode? Really? REALLY?!

“Keeping the Creepy” Score: 10 – Norman owns every point…from caressing the dead bird to sashaying and twirling his way about the kitchen.  Make mine French toast and blackberries with a side of crazy, please.