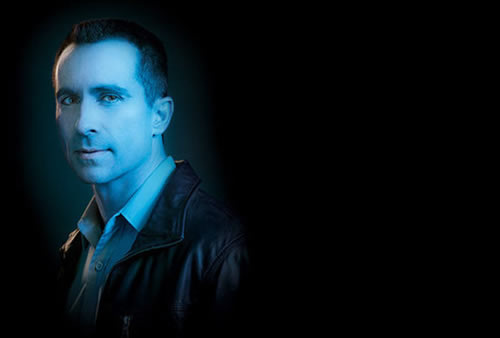 Synopsis: Norma and Nick Ford join forces against the bypass; Sheriff Romero checks into Bates Motel; Norman and Emma go all the way.

Summary with SPOILERS: Norman asks Cody to keep hush about the coffee shop rescue when she drops him off safely at the motel.  Norman overhears an argument between Cody and her father.  After (not really) joking about running away together, Cody takes Norman to her favorite getaway – a field leading to a practically unreachable tree house.  Norman tells Cody that he feels safe with her and confesses that the blackout at the coffee shop was not the first time.  In the tree house, Cody makes her move on Norman.  Upon returning home late without calling, Norma forbids Norman from seeing Cody; she was rude and disrespectful to Norma earlier that day, not to mention she smokes and has tattoos.

Norma tells Norman that Dylan moved out.  Norma calls Nick Ford who invites her to his impressive luxury yacht boat on the marina to discuss some ideas about the bypass.  Nick tells Norma that he is in awe of her and the way she stood up to Lee  (“The Dick”) Berman at the council meeting. He notes that as a young single mother and businesswoman trying to save her hotel, Norma has nothing to lose in her opposition.  He explains that he is too close to everything in the town to oppose the bypass but that it will be a pleasure to secretly help Norma behind the scenes.  After toasting “to doing what’s right,” Nick sends Norma to an environmental biologist who provides her with a report on the endangered pistol river pocket gopher that lives on the new bypass site.   With a sashaying step, Norma delivers copies of the report downtown and sends a special ‘hello’ to Lee Berman.

Emma asks Norma what to expect from having sex for the first time. Distracted by her own experiences, Norma tells her that if Emma has feelings and if he is a good person, the first time will be lovely then warns Emma of STDs and birth control.  Emma meets Cannabis Cupcake Boy for a stroll on the beach where he tells her he hopes to settle down and grow his own crop.  The kissing starts there and continues to room 7 of Bates Motel where clothing (and oxygen) get tossed aside.

Sheriff Romero sheepishly checks into room 11 of Bates Motel for an indefinite stay with a specific request for privacy.  Norma is aghast at the fiery news and can’t imagine how anyone would dare set fire to the house of the “Big Daddy of White Pine Bay”.  Romero surprise attacks Zane outside his car and beats the living shit out of him.  He promises to bury Zane and his little business when Zane least expects it.  Back at the motel, Norma nurses Romero’s wounds from Zane’s limited reciprocation. When Norma mentions Nick Ford’s name, Romero flat out tells her that Nick is in the drug business and tells her to stay away from him at all costs.  Romero returns to the motel after work and tells Norma that Lee Berman was killed when his car crashed and went into the ravine.

Dylan sleeps at “the office” and is woken by Remo who tells him the news of Romero’s torched home.  They assume Zane was involved who then shows up and asks Dylan to meet him for lunch to talk shop.  A bruised and beaten Zane shows up late and brags that burning down Romero’s house was worth every minute.  As they exit the restaurant, a speeding car opens fire on the two of them. Dylan knocks Zane to the ground and returns fire at the rear window. When the vehicle comes back around, Dylan stands in the middle of the road and shoots repeatedly at the front windshield before being projected onto and over the hood.  Dylan wakes in the hospital to a beautiful woman who thanks him for saving her brother’s life.  When he asks, “Who are you?” she replies, “I’m your boss.”

Opinion: Overall, Episode 5 plays out like a decent drama that covers several storylines and enhances the characters and their relationships with each other.  The drug world once again bleeds into town with the death of Lee Berman. We learn a bit more about Cody with a glimpse of her hostile home and tranquil tree house and we (literally) see a whole new side of Emma.  Romero is exposed on many levels – his emotional exhaustion with a bit of tasty aggression peppered in.  The gentle chemistry and bickering between Norma and Romero is a nice progression.  It’s also nice to have the bypass story reappear but strangely no mention of pending suitor George or brother/father Caleb.

“Keeping the Creepy” Score: 3 – Not much in the way of creepy other than a snapshot or two.  I did, however, particularly enjoy Norma’s jumping eyes at the news of Berman’s death.