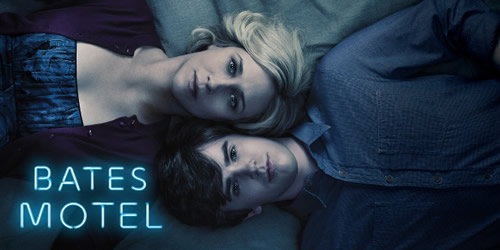 Summary with SPOILERS:  A hung over Dylan accuses Norman of having known all along about Caleb and realizes why he has always felt like an outsider in their family.  Dylan hints that Norman also has been lied to about an important event in his life of which he has no conscious memory.  Dylan bumps into Caleb on the docks who invites him to go salmon fishing.  Dylan attacks Caleb with the confessions of Norma from the night before.  Caleb tells Dylan that Norma got knocked up in high school by her boyfriend and responds to the accusations by returning the cash that Dylan gave him to invest in the Costa Rican real estate. Dylan tells Norma that he’s moving out and accuses her of selfishly using her pregnancy as a way to trap her boyfriend and escape her home to which Norma passionately defends her secrets and reasons. Zane continues to flex his limp muscles, further alienating Dylan and the remainder of Gil’s crew.

Norma shows a maternal yet forced affection as she ensures Dylan is okay while passed out drunk.  She drives to The Kings Motel to stand up to Caleb and order him to leave town but loses all courage in the parking lot, rife with a convincing display of quivering anxiety and tears.   Christine convinces Norma to double date with her brother George even though Norma feigns illness.  Christine’s husband insensitively brings up the bypass and George overflows with sympathy and sensitive adorableness.

Norman tries to comfort Norma who is completely numbed by the Dylan/Caleb saga.  He swears that Norma can tell him anything and pledges to take good care of her.  Norman and Cody reunite the day after his no-show on the “South Pacific” set and Norman reveals more than enough to Cody about his family woes.  As Cody drives Norman to The Kings Motel to physically intimidate Caleb into leaving town, Norman’s mind’s eye projects flashbacks of a forceful Caleb and an unwilling Norma.   Norman demands that Cody take him away from the motel as they approach Caleb’s room, faintly aware of the irreversible damage he will cause if given the chance.  Later, Norman returns to Caleb’s room alone to confront his mother’s demon while Caleb is apparently packing to leave town.  Norman once again hallucinates the teenage sibling rape scenes and suddenly shifts to the persona of his mother.   Speaking as Norma, he addresses Caleb with all of the declarations she could not bear to say.  Norman pulls a knife on Caleb who wrestles him to the bed shouting, “You’re crazy. Stay the hell away from me.”  Norman continues to profess the lamentations of his mother in her own voice, causing Caleb to throw him to the ground, kick him in the gut and leave him in the dark motel room alone.  A listless Norman winds up in a coffee shop and Cody is called to retrieve him, her phone number written on his arm as punishment for his absence at the “South Pacific” set morning shift.  Norman remains comatose as a frightened Cody gets him into the car, drives toward the Bates Motel and tells him that everything will be okay.

Emma wakes to learn she has spent the night in a Bates Motel room with Cannabis Cupcake boy.  Emma inspects a stone cold Dylan and wakes Norman to remedy the situation.  While Emma and Norman are tending to an unconscious Dylan in one of the rooms, Norma enters and dismisses them both, leaving Emma to press Norman repeatedly for more details which he refuses to give.  Emma hides from any reunions with last night’s bedfellow but eventually learns that he remained a perfect gentleman even though he wanted more.  She confesses that she, too, wants more but wants her first time to count, as it may be her only time.

Sheriff Romero officially introduces himself to Zane and warns him that he needs to stop proving himself – doing the most damage, taking the most scalps.  Romero reminds Zane of how things work in his town.  Romero is later called to an arson scene, an apparent response from Zane to the sheriff’s threat.

Opinion: Norma’s detachment from her eldest son is finally explained; based on years of pain, guilt and lies.  There’s a lingering feeling that Caleb might not have made it out of White Pine Bay the night he packed his bags.  Sheriff Romero’s swinging hips were once again stilled but he most likely hasn’t been beaten down just yet. The lack of Norman’s presence is Episode 3 is made up for a thousand times over in each of his scenes in Episode 4.

“Keeping the Creepy” Score: 10 – During Norman’s commitment to keeping Norma safe, there are no limits to the spooning, snuggling and pecking.  Norman’s dress-zippering duties and supportive neck rub while waiting for George to arrive for his date with Norma serve as Norma’s reminder of the #1 man in her life. Norman’s catatonic imagining of Norma and Caleb as teens is priceless, hoisting Norman into a higher realm of subconscious and unconscious mayhem.  The score of “10”, however, is completely awarded to Norman’s dissociative channeling of his mother’s words, fears and passions.  Mother, please!