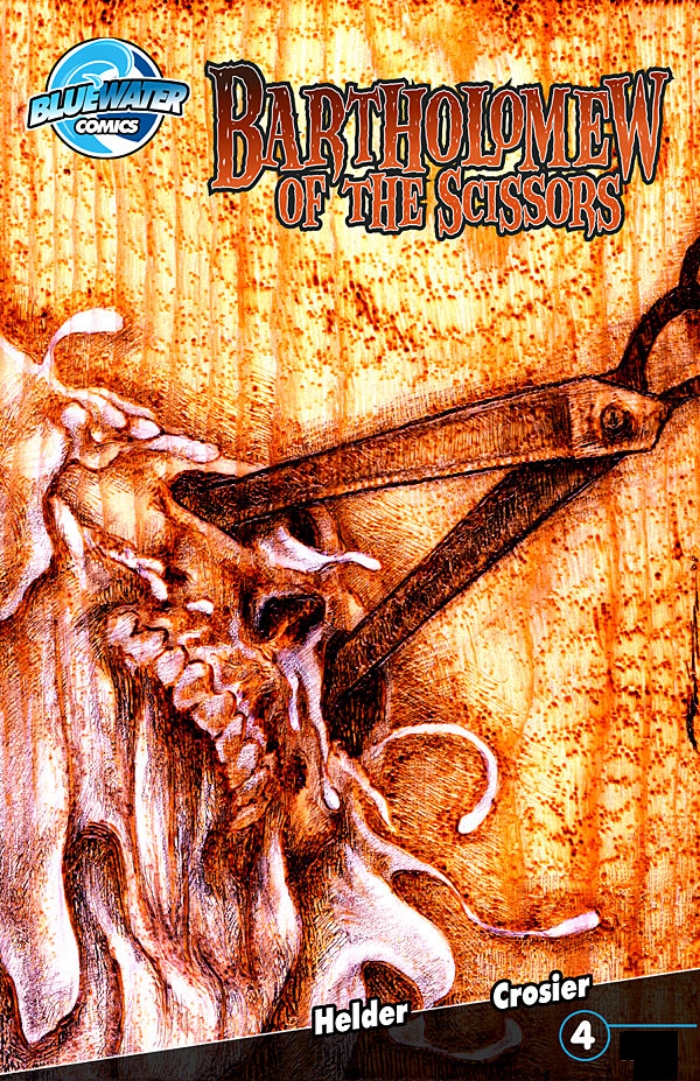 Bartholomew of the Scissors #4 preview

Blue Water Comics has provided us a preview of the new Bartholomew of the Scissors comic.

In the fourth and final issue of Bartholomew of the Scissors, the White Blob, bent on assimilating the human race, rises from the sea to secure it’s stronghold on the town. In a desperate battle, Gordon Watt enlists the help of the National Guard to drive the monstrous organism back into the sea. Meanwhile, Jessica and Victor fall into the clutches of a witch-hunting mob seeking the annihilation of all Spectral Phantasms. Only Bartholomew of the Scissors and his menacing Scissor Swarm has the power to save them from being burned alive at the stake.