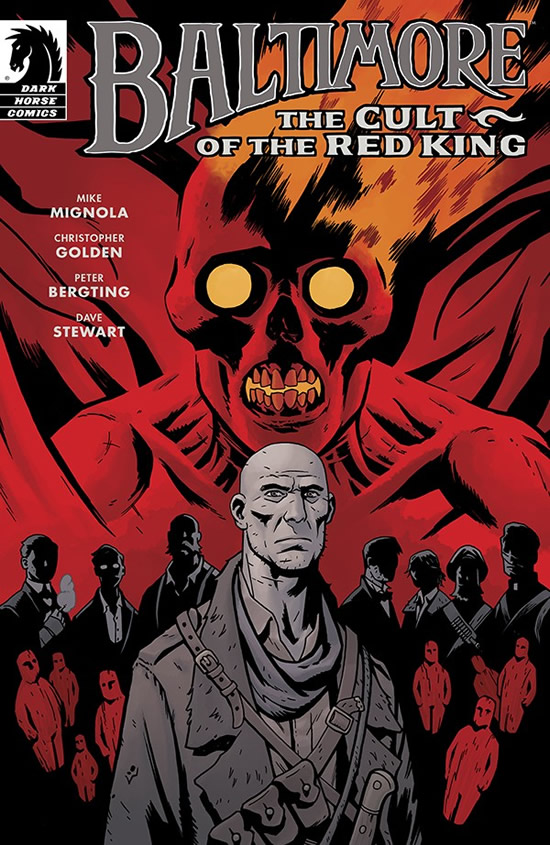 Baltimore: The Cult Of The Red King #2 Review

Synopsis:  Lord Baltimore’s search for the Red King continues in St. Petersburg, Russia. Is it the ancient evil called the Red King that threatens the Baltimore’s and his companions, or another sinister force?

Our Thoughts:  Baltimore: The Cult of the Red King is another fine series from Hellboy Creator Mike Mignola and long time writing partner Christopher Golden.  Like the Hellboy and BPRD titles, the Baltimore series focuses on classic supernatural adventure and folklore and mythology from around the world.  In the latest issue, the crew travels to St. Petersburg to follow the trail of the Red King.  While they find some clues as to the whereabouts of the Red King, they also find the typical horror mayhem that fans of Mignola crave.  Readers who enjoy Mignola’s other period stories such as Lobster Johnson should enjoy this exploration of the occult that is set in an era before EMF detectors.   What I enjoy most about this series (and Mignola’s other work) is the interplay between the group members and the frustration that inevitably bubbles up when working to solve a case.

Peter Berting’s art is understated and effective in capturing the time period and interplay between the group.  His creatures are also creatively imagined on paper, but his art works best when it conveying the stress of the group and Lord Baltimore’s tough demeanor.