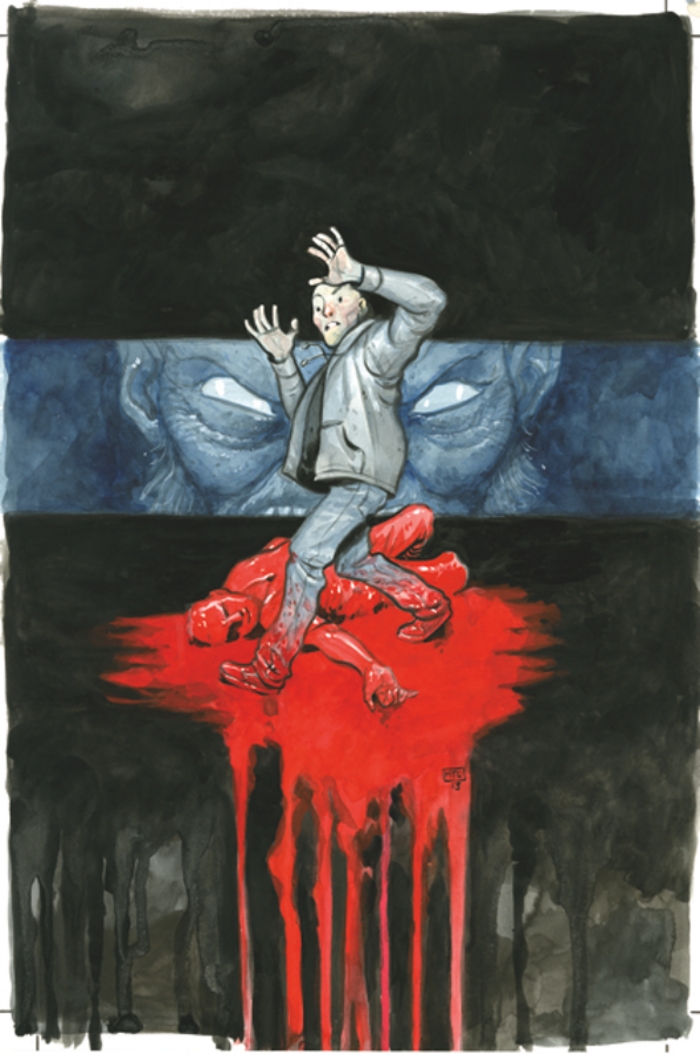 Bad Blood tells the story of Trick, a teenage slacker on the losing side of a fight with cancer. When he’s attacked by a vampire, he figures it’s game over. Except that the chemo drugs in Trick’s blood poison the vampire. As punishment, the vampires begin slaughtering everyone Trick loves. So he goes hunting for the vamps to try to destroy them.

His only superpower? The chemo drugs in his system are deadly to the undead. His only ally? A heroin-addicted Goth chick. Bad Blood brings the pain in a downbeat tale of heartbreak, loss, and courage.

Written by Jonathan Maberry and art by Tyler Crook.

Expected to arrive on January 1.