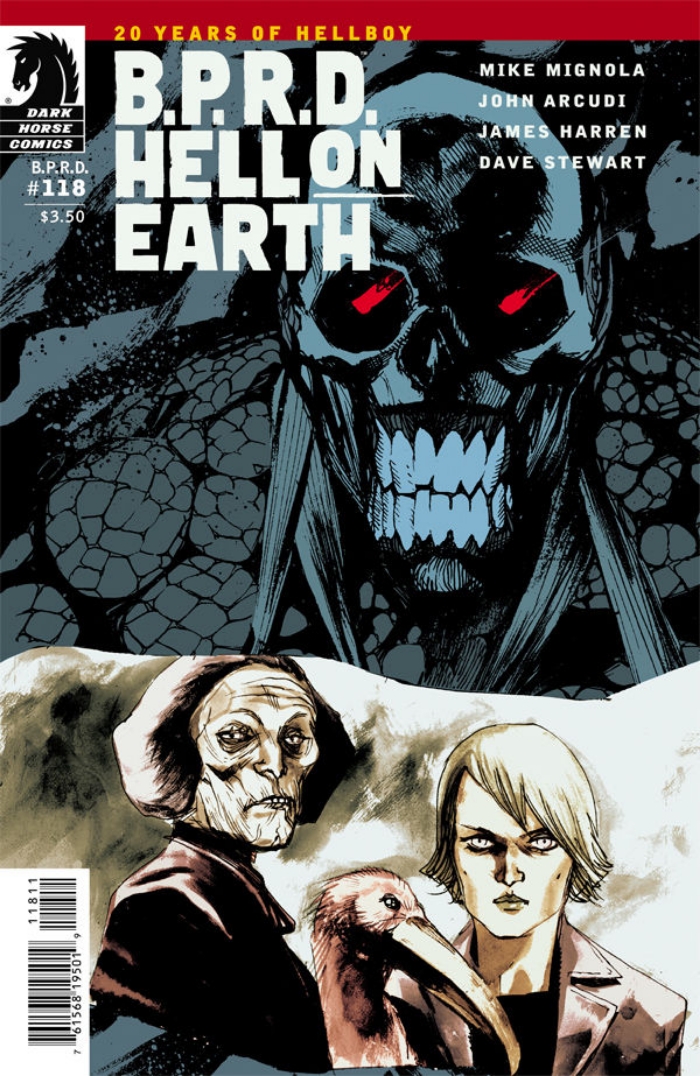 Dark Horse Comics has provided us a preview of the new B.P.R.D. Hell on Earth comic.

With the Russian bureau director on the brink of death, the B.P.R.D. somehow manages to stand their ground against Zinco’s forces, while Liz Sherman and the Black Flame fight fire against fire in the skies of New York, Akira style.