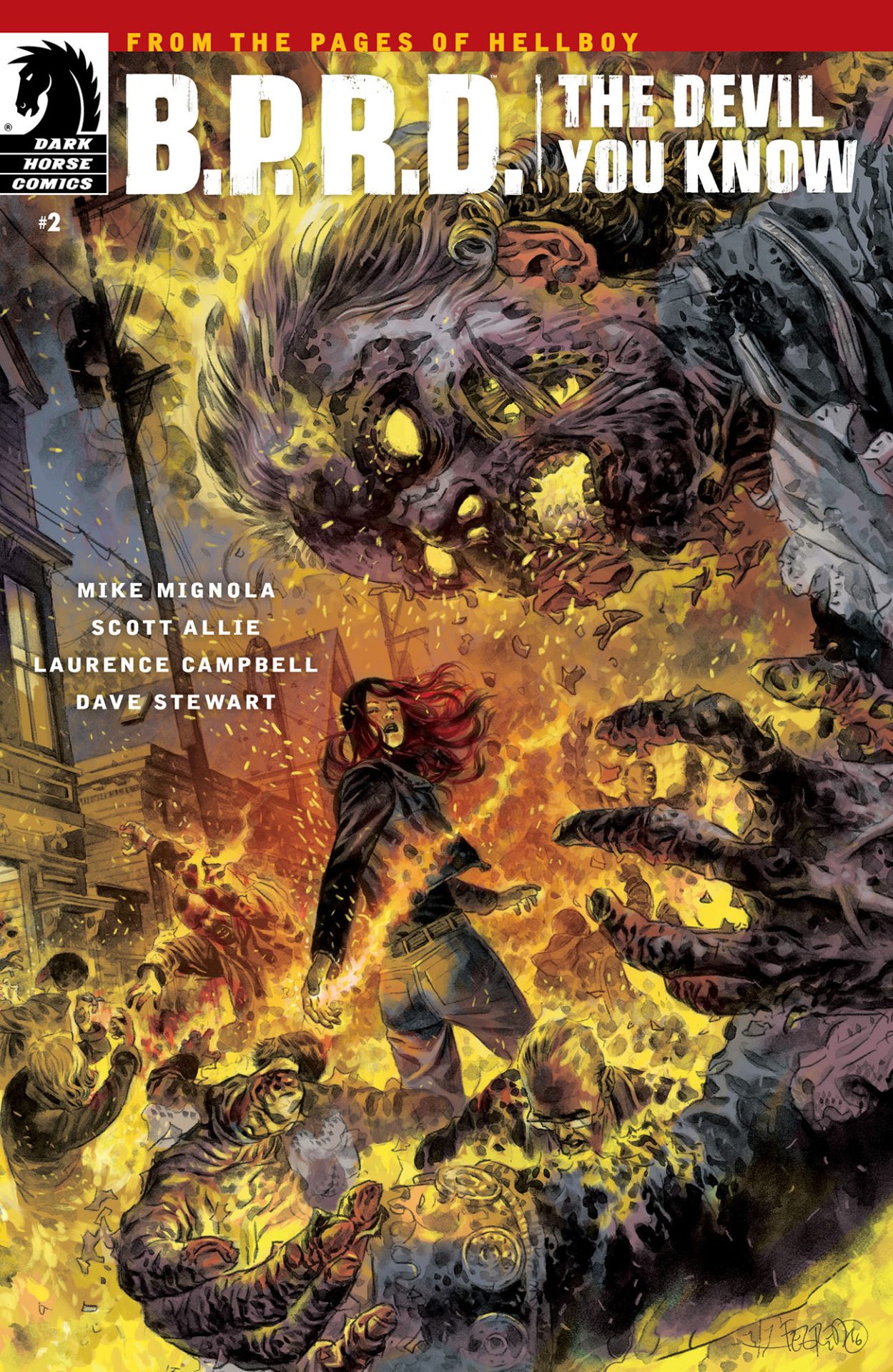 Mike Mignola’s series of comics set in the world of Hellboy and the B.P.R.D. have been some of the best on the rack for years.  With an ever-growing cast of characters, creatures, and catastrophes, writers Mike Mignola and Scott Allie and artist Laurence Campbell are guaranteed to deliver thrills and chills on a monthly basis.

Horror News Network was able to interview artist Laurence Campbell about the current B.P.R.D.: Devil You Know series, his favorite characters, and what the future may hold for everyone’s favorite group of paranormal defenders.

Horror News Network:  B.P.R.D. The Devil You Know is a departure from years of stories that built to a crescendo and left the world in a very different place.  As an artist, how are you enjoying the change from the threat of the Ogdru Hem in this series to more humanoid villains and classic devils?

Laurence Campbell: Good question. We still have the devastation left from the Ogdru Hem. I love that they are still there in the background, husks overseeing the skyline. Varvara’s role has come to the forefront in this arc. It’s going to be interesting to see what her intentions are.

HNN: Many fans are excited to see Abe Sapien’s return to the main series.  How do you feel about bringing Abe back to the organization?

Campbell: I Must admit, I got a bit of a buzz when drawing him in issue three. It’s good to get the team back together as things head toward the finale. Abe rejoining the B.P.R.D. is also going to bring some tension and change the social dynamics of the group.

HNN: Which character is your favorite to draw in the series?  Most difficult? 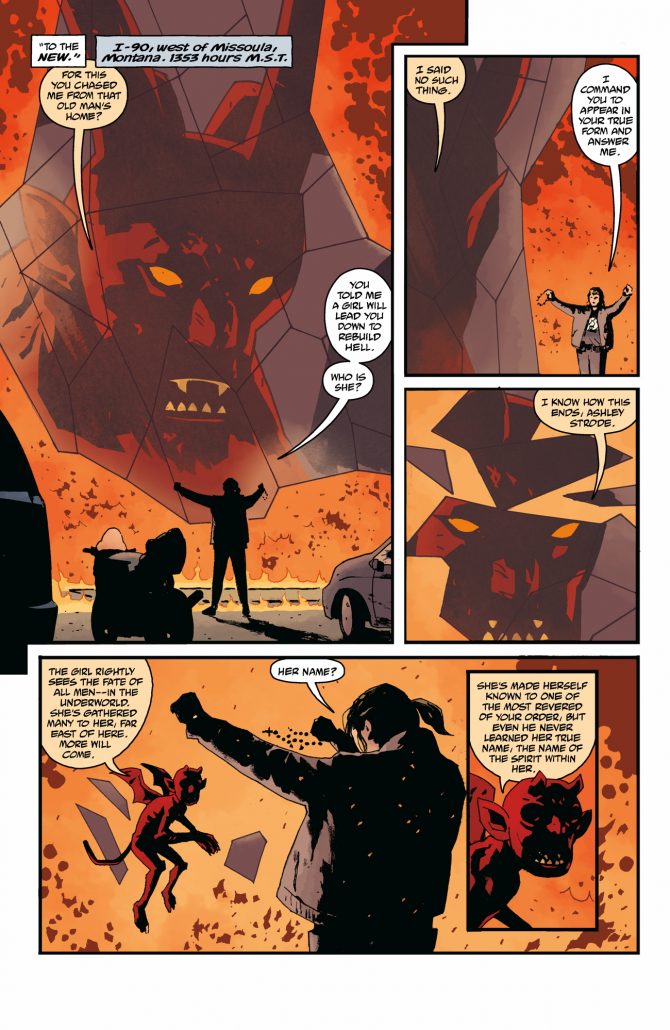 Campbell: Favorites are Liz and Howards, Abe is a new one I enjoy drawing, and Johann was an old favorite. As for most difficult, I would say not so much a single person but the team together can be tricky, but fun.

HNN: Ted Howards has quickly become an integral member of the team and a fan favorite.  How do you approach this modern “Conan-esque” figure?

Campbell: Howards does seem to be very popular and is fun to draw. As you say, he is pretty much the Conan of the group—there’s a rawness to him I like, along with him not speaking much. Mike’s sword design is also iconic.

HNN: Some of your first work was for 2000AD.  Why do you think the magazine has been so influential and a training ground for so many artists and writers over the years?

Campbell: I live in the UK and 2000AD is a huge influence on artists growing up. It’s almost a rite of passage.  2000AD is very open to different styles and the short story episodes and range of characters are a great way to learn.  I’m very fond of 2000AD.

HNN: You have illustrated a number of period pieces and flashbacks in your time on B.P.R.D and Sledgehammer 44.  Is there a particular era that matches your style best (or that you enjoy over others)?

Campbell: One of the joys of drawing B.P.R.D. is the great history it has developed.  I like the way things from the past are referred to later in the series. Having just a small team working on the book means that things don’t get unnecessarily complicated.  It’s been a real joy working on the flashbacks.  B.P.R.D. has had some great artists, and following Mike drawing Hellboy you can’t help but raise your game.  As for certain moments, I must admit I enjoyed drawing the old Black Flame landing on the wing of a plane, which was featured in the Guy Davis arc.

HNN:  Any upcoming projects that fans should know about?

Campbell: At the moment my total focus is finishing B.P.R.D.   I’ve been told the final outline and with what Mike and Scott are planning, we are in for a ride.