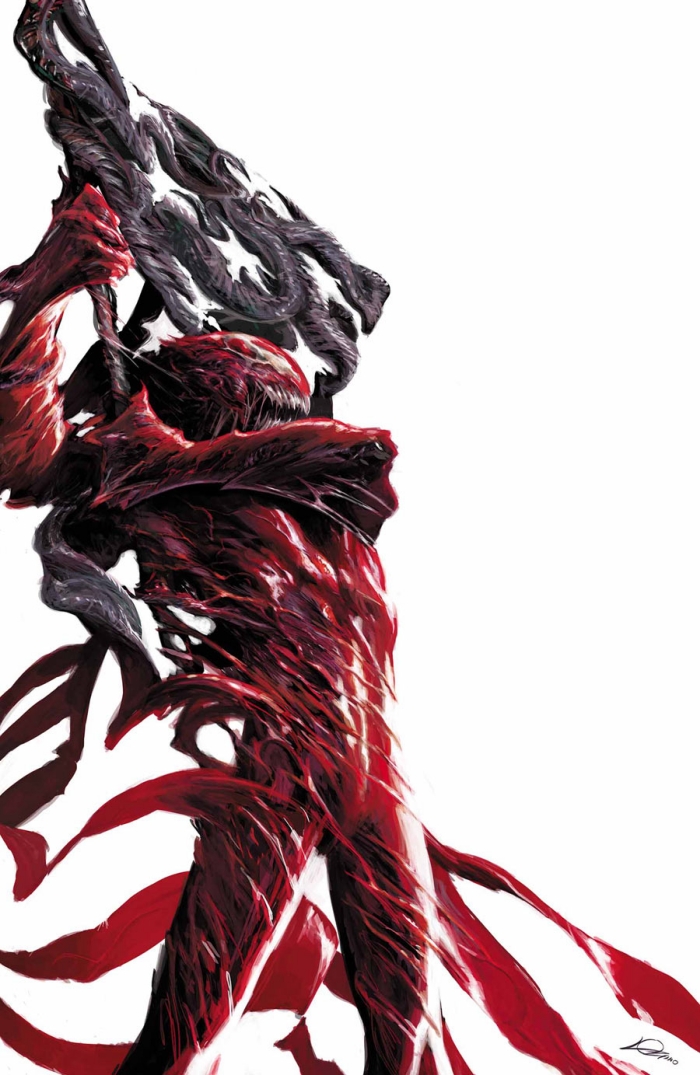 Marvel Comics has provided us a sneak peek of the new AXIS: Carnage comic.

This October, peer into the mind of one of the Marvel Universe’s most vicious villains as he becomes…its greatest hero?! Today, Marvel is proud to present your first look at AXIS: CARNAGE #1, the new limited series spinning out of the highly anticipated Avengers & X-Men: AXIS! From writer Rick Spears and newcomer German Peralta – the symbiote psychopath is back in NYC, only something’s a little bit off. The events of AXIS have turned this psycho serial killer into a crimson crusader of justice – only he has no idea how to be one! As the Red Skull’s evil washes over the planet, we need a hero like never before – and Carnage is it! Be there when the Marvel Universe gets a glimpse of its newest protector in AXIS: CARNAGE #1 – hitting comic shops and digital devices this October!