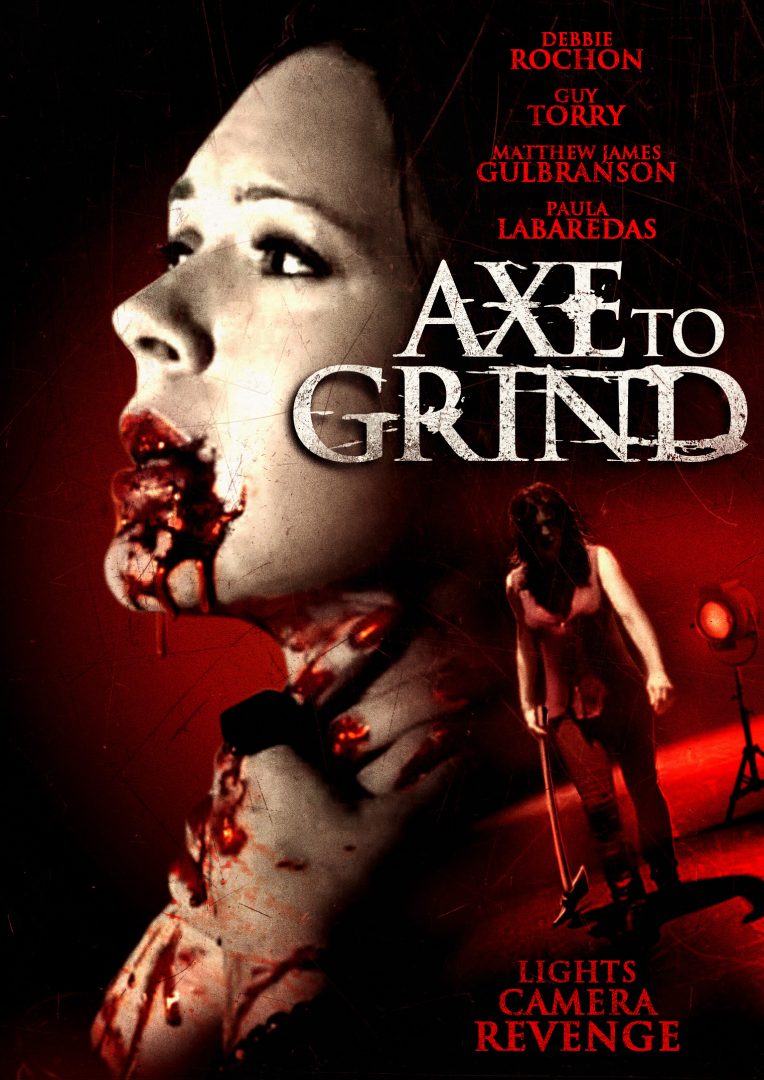 Similar to the Scream and Scary Movie franchises, Axe to Grind is a horror parody. This film, however, focuses on the niche of B-Queens.

Debbie Rochon plays a mirror image of herself in this self-reflective film. Ironically, her character Debbie Watkins appears to be playing on her ‘back nine’, while Rochon seems to simply be getting better and better as time goes on (see 2011’s Exhumed as proof).

In Axe to Grind, Debbie Watkins is an aging B-movie actress who has been replaced in an upcoming role by an up-and-comer half her age.  The man responsible for her recasting is her longtime producer/lover, Peter Burgess.  With shifting flash-forwards and flashbacks, we see both the story of her confronting Burgess and her picking off the cast and crew of the film in which she was meant to star.

The film handles both the horror and comedy well, and the shifting plot perspectives keep the viewer engaged throughout to the conclusion of the film. Adrian Quihuis, who plays Norman (a Norman Bates/Renfield-like sidekick who assists Debbie with much of her mayhem), is a largely enjoyable character.

Fans of both Rochon and horror films that don’t take themselves too seriously will very much enjoy Axe to Grind.