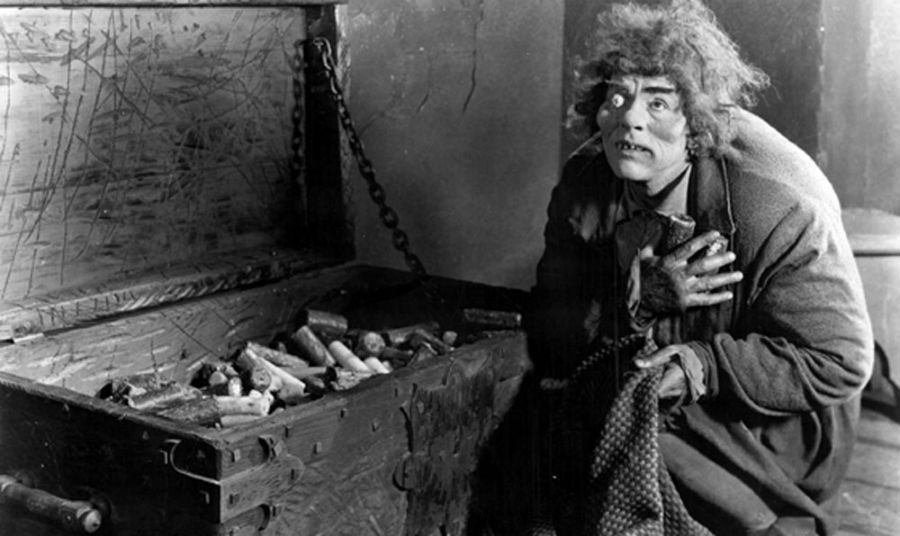 For some horror collectors, owning a genuine piece of autographed memorabilia can be the ultimate prize. There’s nothing better than owning a precious item signed by a legendary member of Hollywood royalty. Some folks begin their journey of collecting autographs in person at local conventions. Others collect in person at press events or celebrity hotspots. And then there is another style of autograph collecting… a method that involves tremendous research and a historical perspective. At some point in a collector’s life, owning signatures of the Freddys and Jasons of the world isn’t enough. Now it’s time to go back to the beginning. It’s time to add the greatest monsters of all time: the original Universal Monsters!

While Bela Lugosi and Boris Karloff autographs can be had for a price, signed pictures of them in their respective roles as Dracula and Frankenstein’s Monster can become a very pricey endeavor. However, it is within most collectors’ budgets to slowly pick up signatures of these actors and their contemporaries over time by making educated choices and taking advantage of rare bargains. Autograph collecting was not practiced by nearly as many people in the 1920s-1940s. This is clearly evidenced by the fact that celebrities usually had time time to sign out every letter of their names in old autograph albums, while modern stars are barely able to muster their initials as they stand before a sea of fans at red carpet premieres. Because a lot of material wasn’t being collected in person in the early days, there are some signatures that most can only dream of owning in their collections. One of these signatures belongs to one of the most legendary actors of all time: Lon Chaney Sr.

Known as “The Man of 1,000 Faces,” Lon Chaney Sr. portrayed numerous villains and monsters in silent films for Universal Studios and MGM Studios. His roles in The Hunchback of Notre Dame and The Phantom of the Opera first introduced the world to the sympathetic monsters who would soon take the world by storm. Chaney was known for taking extreme measures to perfect his performance, sometimes contorting his body into painful positions to master his craft. He applied his own makeup, and he was remarkably capable of becoming immersed in the physicality of the character he was portraying. This trait was especially important in the world of silent cinema, because Chaney had to project his emotions solely through movement, without the utterance of a single word. Some felt he was so good at this because both of his parents were legally deaf, and he had to learn at an early age how to communicate effectively with them.

Had Chaney not died at the age of 47 in 1930, his career would have continued far into the talking age of cinema. His only talking picture, 1930’s The Unholy Three (a remake of a silent film he had previously made five years earlier, directed by a longtime collaborator of his, Tod Browning), showed that Lon Chaney was prepared to enter the new age of cinema by expanding his craft to include a variety of styles of voicework in the film. He was also originally slated to perform the titular role in Dracula just before he unfortunately lost his life to cancer.

Even though Chaney was arguably one of the biggest stars in cinema during his career, he was a private man who did not partake in many of the Hollywood traditions of public appearances and press events. Even his photography in official press materials for the studios would often somehow hide or distort his appearance. Because he looked so different in many of his film roles from how le looked on the street, it’s possible that some autograph hounds may not have even recognized him to stop and ask for a signature.

While some material that was signed through the mail or for the studios exists, these items are highly sought after and they rarely change hands between collectors. The facts are that Chaney was one of the most elusive signers of the time, and his premature death decreased the amount of material that could have possibly been signed. I have had the pleasure of owning three Chaney items over the course of my collecting, and I currently still have two in my collection. The first one is a slightly atypical album page that experts have dated to being signed around 1930, just before his death. 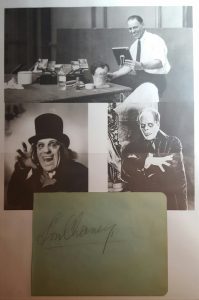 It’s a nice bold signature in pencil with an unidentified signature on the back of the page. There are some elements of the signature that don’t match earlier examples, such as the fact that the first and last name are not connected, and the signature sits a little more upright than most signatures of his. This could possibly be related to his health at the time, and the fact that this album page was probably signed in person for a collector while he was standing up in the street. Autograph albums from that time were usually signed in pencil due to the lack of availability and the impracticality of using pens in the street back then; whereas photos and other items mailed in to his office would likely be signed in pen as Chaney sat down at a desk.

While I am proud of this signature, there is one Chaney signature that I consider to be the crown jewel of my collection. This one was signed in pen about five years earlier. It contains all of the signature marks of a quality Chaney Sr. autograph, including a sharp slant and those easily identifiable hooks and loops in the “L” and the “C”. Most tremendously, it is a guest book page signed to a friend who was hosting a party on Halloween night. You read that correctly, this album page is dated: Halloween 1925! 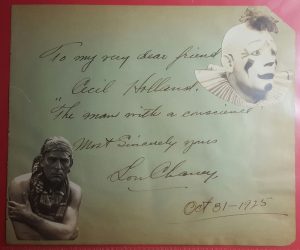 This is the only item in existence signed by the first king of horror cinema on the day of the year that is most significant to his work. Every time I look at it, it brings a tear of joy to my eye!

Even better, Chaney wasn’t at any old Halloween party on October 31st, 1925. He was at a Halloween party hosted by his good friend, Cecil Holland. Believe it or not, Holland was originally known as “The Man of 1,000 Faces” before Chaney was. While Holland acted in numerous films over the years, he was also known as an early wizard of Hollywood makeup. He was even the head of the makeup department during the production of The Wizard of Oz. While Cecil Holland’s autograph is not as highly in demand as Chaney’s, it is quite rare. I have managed to add an 11×14 signed photograph to my collection, featuring Holland’s makeup technique in a promotional still of him in the role of Jesus Christ. 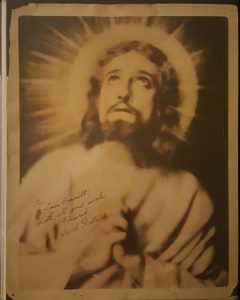 In addition, Cecil Holland wrote what is known as the first book on Hollywood makeup techniques: 1927’s The Art of Make-Up for the Stage & Screen. The introduction to the text is written by none other than his good friend, Lon Chaney Sr. … it even features a little facsimile signature of Chaney’s printed near his piece. While my personal copy is quite weathered, these books are very scarce and quite valuable. 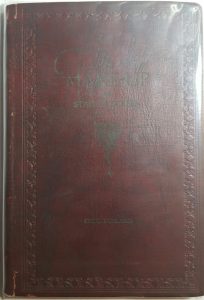 As far as I know, Holland was never upset by the fact that his friend was ultimately awarded the moniker of “The Man of 1,000 Faces” in the public eye. They remained close until Chaney’s untimely death. Every time I look at that guest book page, I wonder what kind of conversations went on between these two legends on Halloween night of 1925. And that’s what makes it the ultimate horror collectible. The autograph is incredible and rare in its own right, but the context and the story behind the autograph make it legendary. While I think it’s unlikely that I’ll ever be able to top this piece in my Chaney collection, I’ll never stop searching!