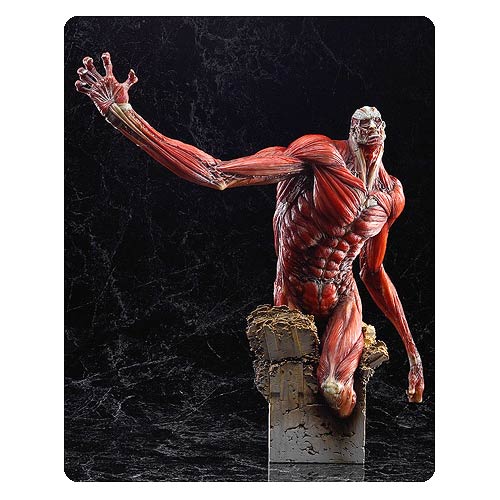 The titan who stands taller than all the others is ready to tower over all that stand in his way! The Attack On Titan Colossus Statue is designed and sculpted by Takayuki Takeya, capturing the strength and power of Titan Colossus in a pose of epic proportions. The figure is made from polystone allowing for meticulous detail to the sculpt, a heavy appearance and an unbelievably realistic texture. Standing just over an impressive 19 1/4-inches-tall, the figure also lives up to it’s name, with his hand ready to come crushing down on whatever is in front of him.

The Attack On Titan Colossus Statue will be limited to 500 pieces worldwide, each statue being engraved with a unique serial number.