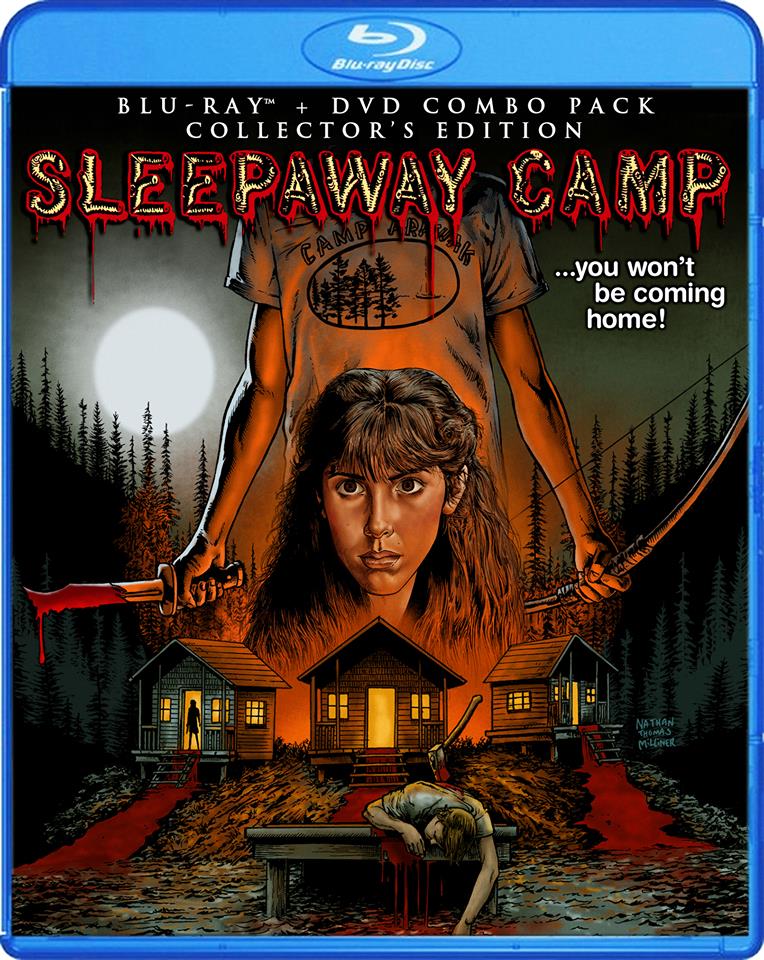 Scream Factory revealed today via their Facebook page the art for their upcoming Collector’s Edition of the classic slasher film SLEEPAWAY CAMP (DVD & Blu-ray combo out 5/27).

Sleepaway Camp is described as:
Slightly disturbed and painfully shy Angela Baker is sent away to summer camp with her cousin. Not long after Angela’s arrival, things start to go horribly wrong for anyone with sinister or less than honorable intentions.

Pre-orders  will be available starting next month at ScreamfactoryDVD.com.