Some clowns make children smile with delight–think Bozo or Ronald McDonald. Others make adults scream in terror–think Art the Clown from Terrifier 2, due to haunt movie theaters later this year.

And Art is back in all his gory glory, as reported in comicbook.com, in the sequel to the surprising 2016 hit slasher film Terrifier, complete with a trailer (check it out below) that teases just enough of his maniacal mayhem.

Apparently, there’s mayhem a-plenty in this “terrifying” sequel, according to the official synopsis. “After being resurrected by a sinister entity,” the synopsis explains, “Art the Clown returns to Miles County, where he must hunt down and destroy a teenage girl and her younger brother on Halloween night. Pray you don’t get in his way.” Not your father’s trick-or-treat.

Leone, in a recent interview, seemed particularly excited about one scene he wanted to shoot for the sequel. “The scene will involve mass casualties and the destruction of the location,” the director said. “But it is the context of the scene that makes it so original. We’re aiming to create a scene so shocking and iconic that people will talk about it for years to come.”

That film–produced by Leone, Phil Fallone and George Steuber–didn’t make a big splash at the box office, but gained enough of a following on streaming platforms to warrant a sequel. 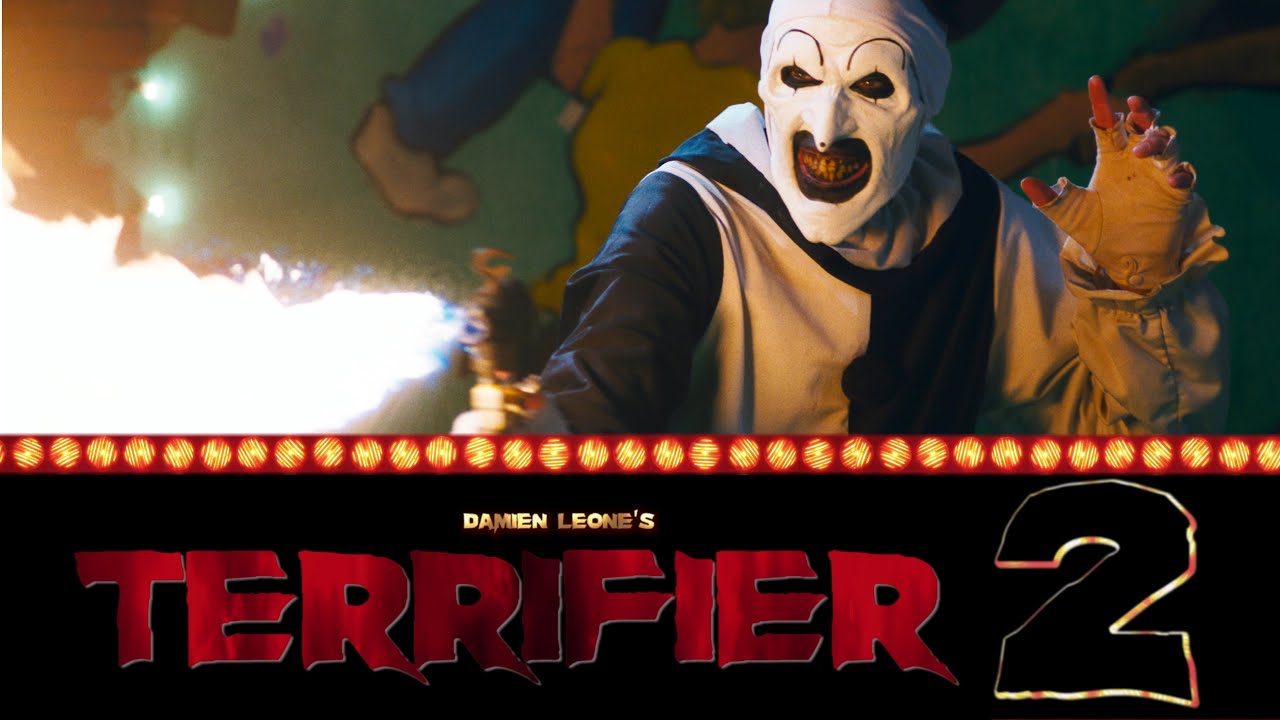