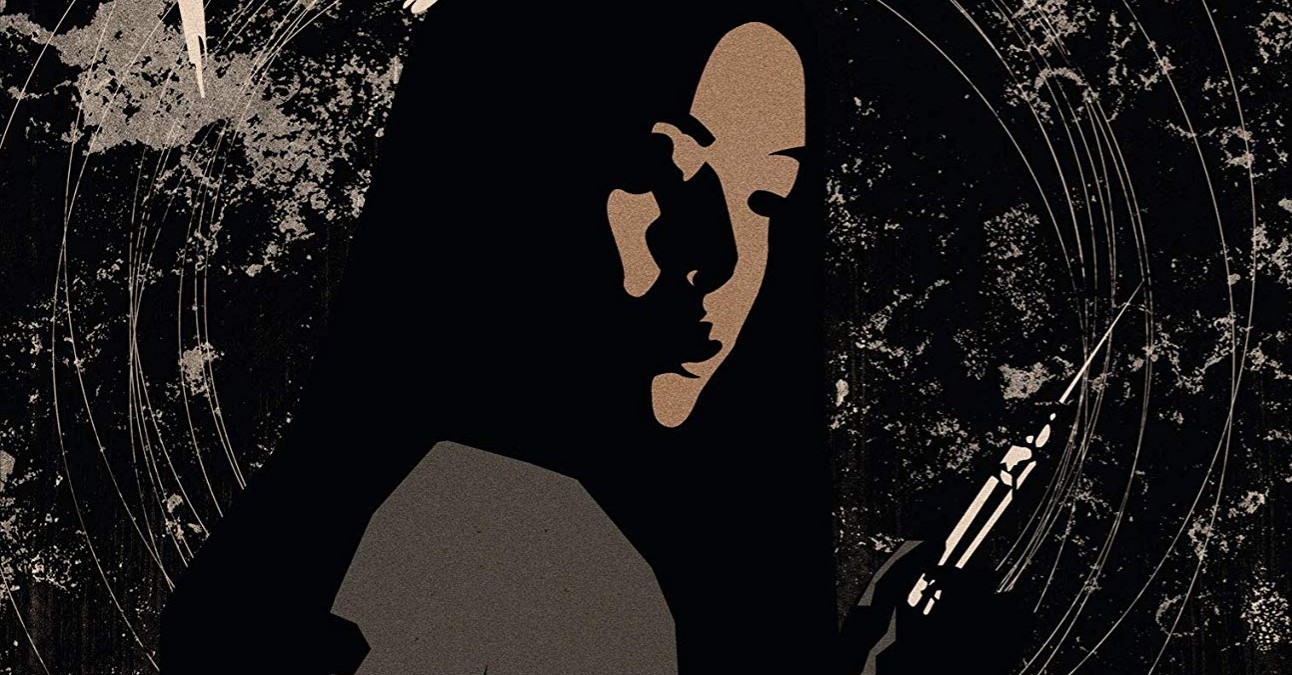 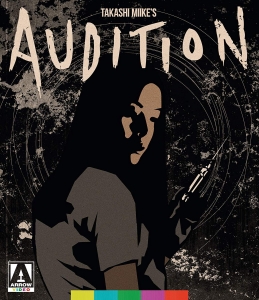 In my coverage of February, 2019’s horror blu-ray releases, I enthusiastically recommended that seasoned horror fans buy the new Arrow Video edition of Audition… but there was a major caveat:

“Okay, don’t take this the wrong way: Takashi Miike’s Audition should only be on your “buy” list if you know exactly what you’re in for and you like it! The last 30 minutes of this movie contain grotesque special effects which haven’t aged a bit since the movie’s notorious initial 2001 release. Beyond the gore, however, is an incredibly well-made Japanese horror movie which only seems to grow more relevant as time marches on.”

This movie isn’t for everyone. The final quarter has some of the most memorably disturbing special effects in movie history, and they’re especially jarring given the kind of film which precedes them. Back in the early to mid 2000’s- when Eli Roth and Rob Zombie were all the rage for their cinematic grotesqueries and international movies weren’t just a click away on streaming services- there would be whispers about an infamous Japanese horror film which blew them all away. When audiences swore that the bloody torture and disgusting images of the mainstream Saw III simply couldn’t get any worse, there would always be that one guy in the back of the theater who would say, “Yeah, but have you heard of Audition?”

This level of infamy could only result in two possible scenarios for a movie like Audition as it reaches its twentieth birthday this year. Either the hype could fade and reveal an outdated or unremarkable movie, or the film could withstand the ultimate test: the test of time. Upon the completion of my recent viewing of the film, I found that it falls squarely in the latter category. Due to adept direction by Takashi Miike and unforgettable performances by Eihi Shiina and  Ryo Ishibashi, Audition has aged much more gracefully than many of its American contemporaries; and the questions it generates and issues it examines are begging to be re-examined from a modern-day perspective. Arrow Video captures the film beautifully with a 2K restoration of original vault elements, exhaustive extra video content chock full of interviews and commentary, and a booklet and insert featuring both classic and new artwork.

In a new interview, Takashi Miike discusses how he’s directed many projects (over 100 according to IMDb), and that very few of them contain the level of violence which became synonymous with his work since the release of Audition. He concludes with the thought that the audience gets to decide what they want to see. Miike’s experience behind the camera and his proficiency with other genres of film are quite apparent with just one viewing of Audition. It’s silly at times, it’s heartfelt at other times… it can even be reflective. But then some kind of zany dreamlike image will flash across the screen and remind the viewer that there’s something more sinister at play with this movie. Ryo Ishibashi’s Shigeharu Aoyama seems like a tender and sensitive man who wears his heart on his sleeve after the death of his beloved wife, but we are forced to rethink his behavior when he agrees to hold a fake audition for an imaginary movie in hopes of winning the heart of a promising ingénue when she doesn’t end up securing the role of a lifetime. Eihi Shiina’s Asami Yamazaki seems fragile and earnest at first glance… but then we see her slumped over a telephone in her empty apartment, sitting next to a bag which eventually growls and flies across the room when the phone rings. These moments are jarring and bizarre, yet they somehow hold the movie together without detracting from the slow burning romance between the two leads (until their relationship flies off the rails, of course). This movie has a legitimate sense of humor… so long as you have a very dark sense of humor! When the tables turn on Mr. Aoyama, it isn’t exactly easy to feel sorry for him after longtime friends- and even new acquaintances- repeatedly warn him to stay away from Asami. In a special feature, Miike says that he wanted Ishibashi to play against his own personality type (he started out in show business as a member of a musical group, and he exudes an aura of coolness in real life), and his initial drop to the floor after Asami’s shot of poison is as pathetic as it’s anticlimactic. The point is, these scenes are the product of a deeply thoughtful and engaging filmmaker. Miike has something to say with this movie; and while we may not always know what that something is, the overall result is a satisfying movie experience.

Arrow Video never cuts corners with their painstaking releases of classic movies, and Audition is no exception. The movie looks great. The image is crisp and vibrant with colors; and reds, greens, and blues are a delight without going so far as to betray the look of the original movie. The gory details of the film’s final moments are on full display, and these twenty year old special effects are captured so perfectly I couldn’t help but wince during some incidents involving the unconventional use of piano wire. While the run time of the special features on major studio releases have gotten shorter and shorter over the years, the combined run time of Arrow Video’s special features for Audition run well beyond the length of the movie itself. Students of filmmaking can look forward to extended, in-depth interviews with Miike and nearly the entire cast of the film. This is an excellent package from soup to nuts, and a must-purchase edition for any fan of the film.

Stay tuned to Horror News Network for complete coverage of the works of Takashi Miike, and future Arrow Video releases as soon as they break!