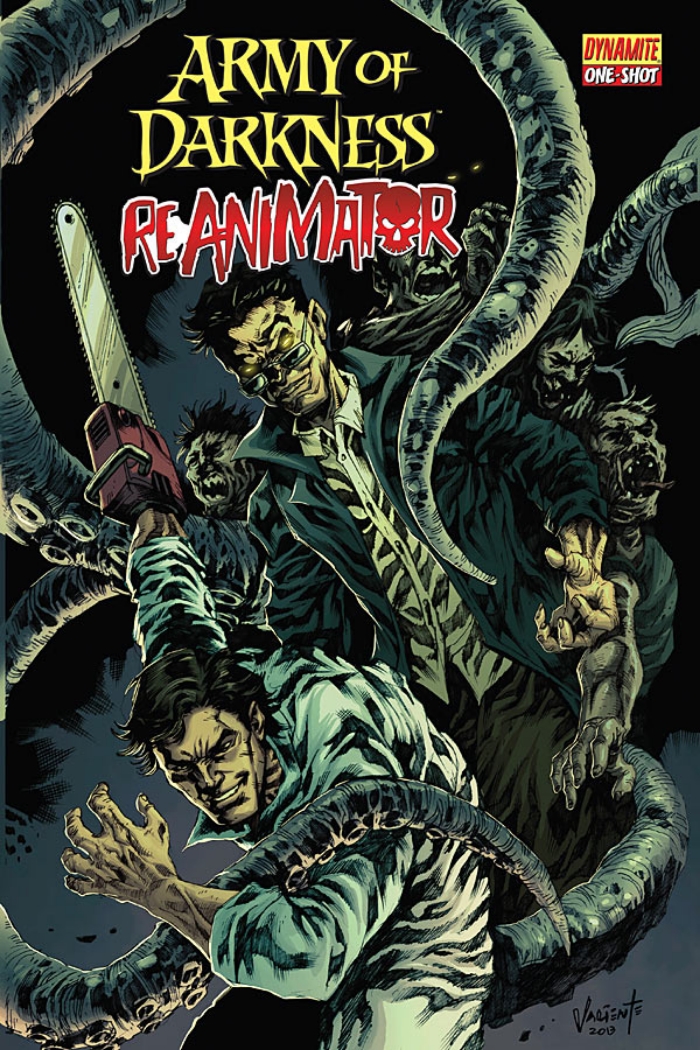 Dynamite Entertainment has provided us a preview of the new Army of Darkness/Reanimator comic.

Ash is hurled into an American graveyard in the 1920s and meets an intense young doctor named Herbert West. If the name sounds familiar, West’s obsessed with reanimating the dead at any cost. But he just can’t seem to find corpses that are fresh enough. It’s H.P. Lovecraft’s New England – and his bizarre original short story as the source material. Bonus! Also, featuring a reprint of ReAnimator #0!