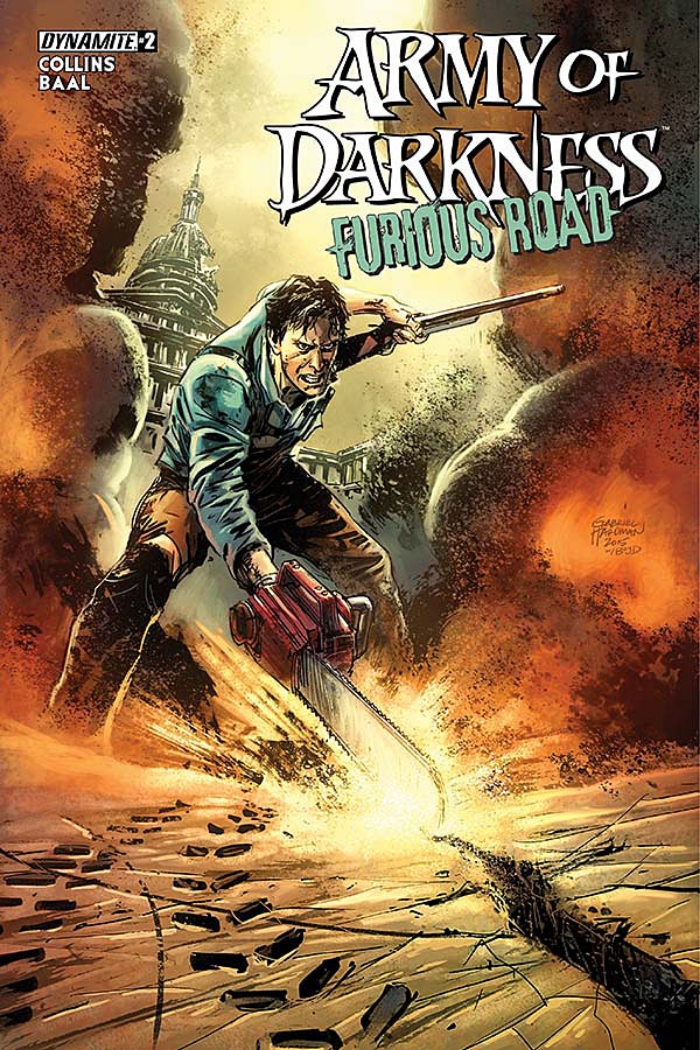 Dynamite Entertainment has provided us a preview of the new Army of Darkness: Furious Road comic.

Twenty years from now, the world has fallen to the Deadite invasion. The remains of civilization is holed up in what was once the city of Lansing, Michigan — now renamed simply “Alive.” It is up to the Chosen One, the Keeper of the dread Necronomicon Ex Mortis, a.k.a. Ashley “Ash” Williams, and a rag-tag group of humans and monsters — including the Daughter of Dracula, Frankenstein’s Monster, and the witch Heckuba — to save humanity and send the Deadites back to Hell. But to do that, they must first battle their way past Ash’s evil twin, The General, and his demonic Army of Darkness with the help of a werewolf biker gang, Dracula and his Brides, and Ash’s custom Murder-Mobile.

Written by Nancy A. Collins
Art by Kewber Baal
Cover by Gabriel Hardman