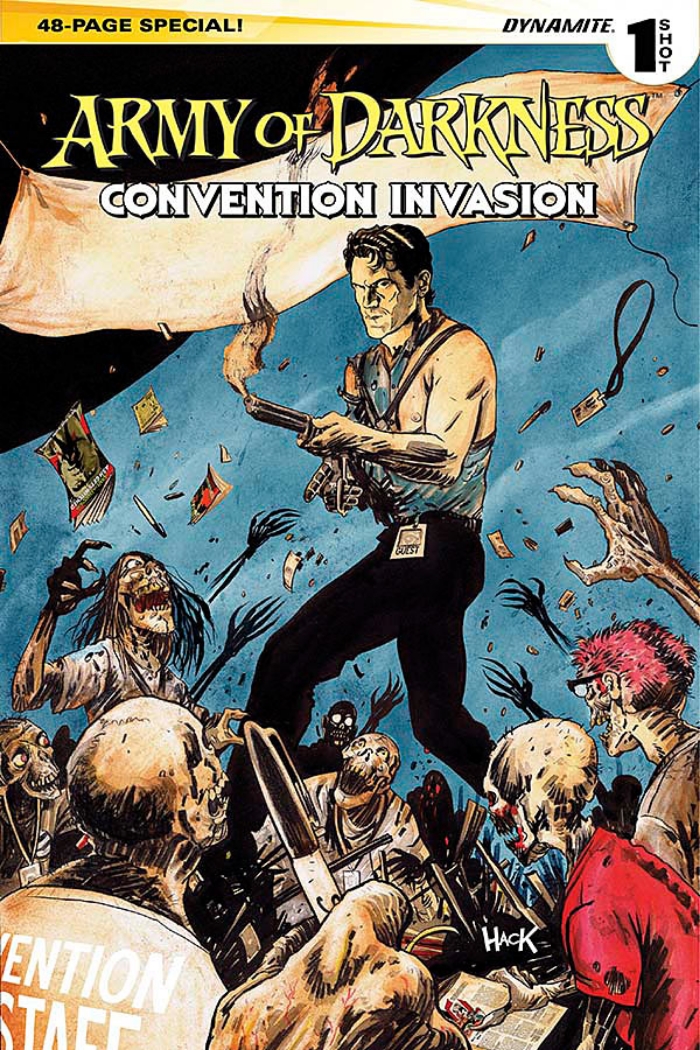 Dynamite Entertainment has provided us a preview of the new Army of Darkness: Convention Invasion comic.

Ash Williams has been to hell and back, lost the woman he loved, and battled his evil clone – but despite all these trials, nothing can prepare him for… The Terror of the Comic Con! When a cosplay sorcerer takes his role-playing a little too far, Ash has to team up with a trio of comic readers to save the con – and New York City – from a Deadite invasion!