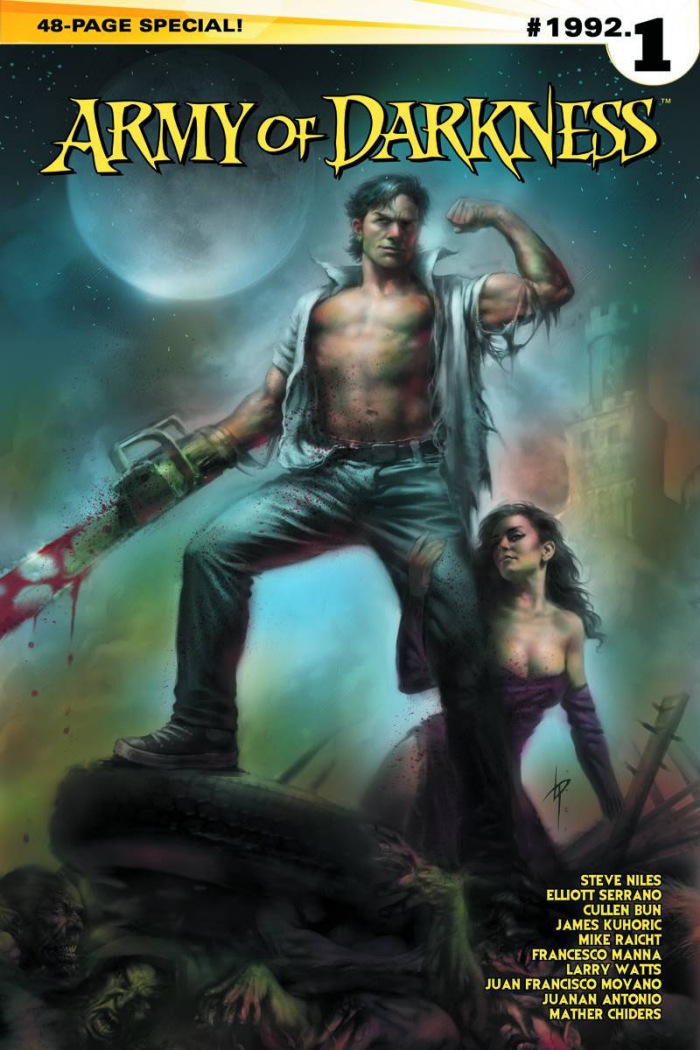 With Ash getting hitched and the army of darkness continuously at the heels of the Chosen One, it’s time to party like it’s 1992… point one! Dynamite celebrates the success of the Army of Darkness series by going back to a simpler time — when the internet was young and cell phones were ten pounds. This one-shot features stories that are classically Ash, by your favorite Army of Darkness writers: James Kuhoric, Steve Niles, Elliott Serrano, and Mike Raicht. Not to mention your soon-to-be new favorite, Cullen Bunn — with a story that ties directly into the new story arc!