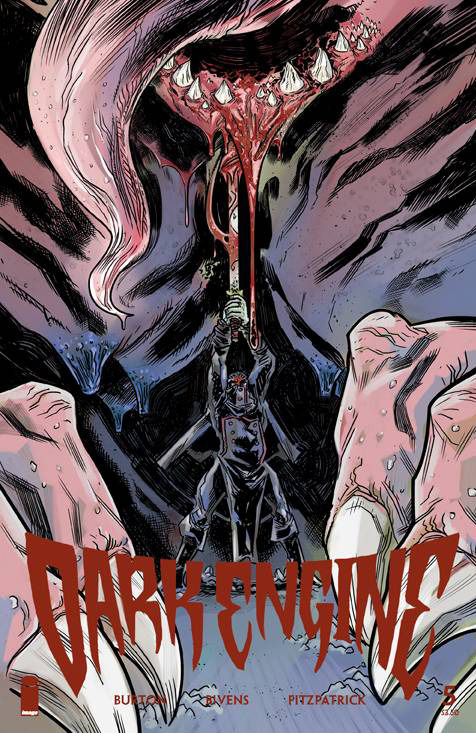 Synopsis: THIS IS HOW THE WORLD BEGINS. Sym is trapped at the bottom of the ocean, the Enemy is on the move, and there is evil at every turn. But there is light in the darkness—the Inkface Ranger rises.

Ryan Burton has created a rich mythology, a pantheon of horrid gods and vicious heroes. He captures the feel of a creation myth without falling back on clichés. John Bivens illustrates these myths on a grandiose scale using multi-page spreads with sweeping lines.

The present day sections are no less intricate. There’s a lot of attention to detail (for example elephant head teakettles), and a brighter color palette.

My only complaint is that the lettering and panel layout (particularly in the modern sections) are distracting and sometimes hard to follow.

If you’re a fan of Lovecraft, mythology, or shark attacks, you’re going to love this book.