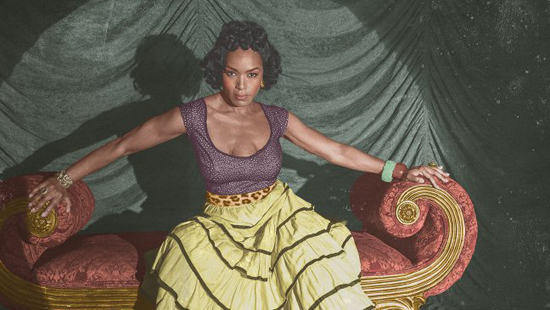 Angela Bassett joins ‘American Horror Story: Hotel’. Showrunner Ryan Murphy announced the news today via his Twitter account.  Murphy posted “In October, Angela Bassett will be making lots of trouble with Lady Gaga in the ballroom and elsewhere.”  This will be Bassett’s third season with FX’s American Horror Story. She co-starred in ‘Coven’ and ‘Freak Show’ previously.

Lady Gaga and Matt Bomer star in season five, which will take place in a haunted hotel.   This is the first season without star Jessica Lange. Evan Peters, Sarah Paulson, Kathy Bates, Chlo Sevigny, Wes Bentley and Cheyenne Jackson also star in the upcoming season, which will debut in October.