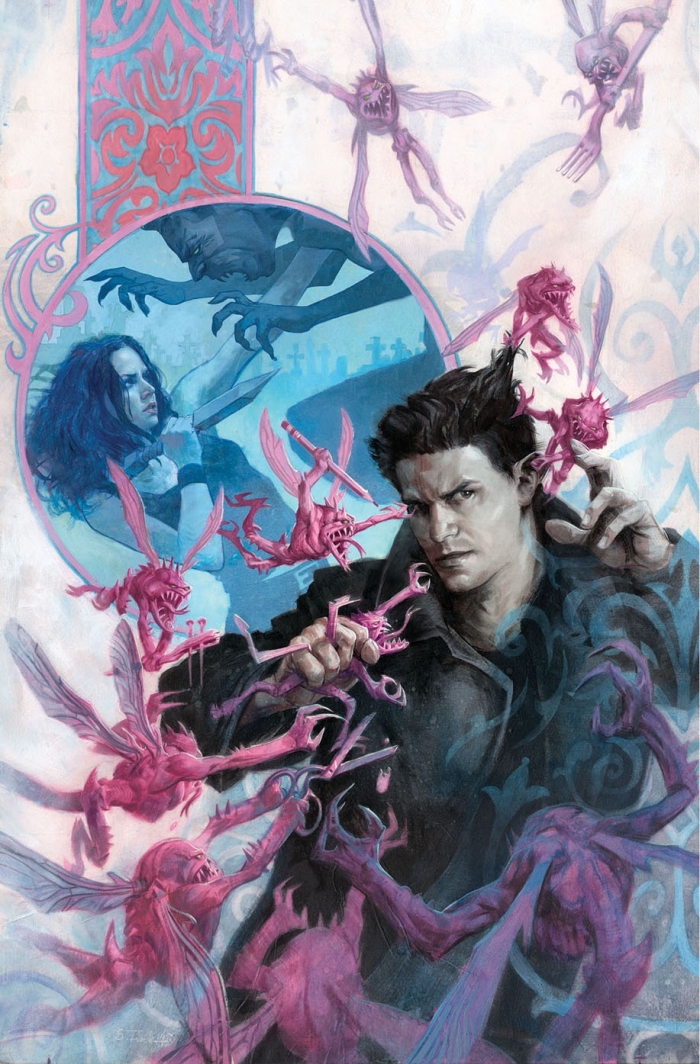 Angel’s work is never done. During his most recent world saving, a part of London was transformed and flooded with magic. Who better to watch over this magical community than Angel? At least, that’s what he thinks. Meanwhile, Faith starts a new chapter in her life — slaying zompires alongside Buffy?!

Written by Victor Gischler and art by Will Conrad with covers by Michelle Madsen, Scott Fischer, Chris Samnee and Rebekah Isaacs.

Expected to arrive on April 2.