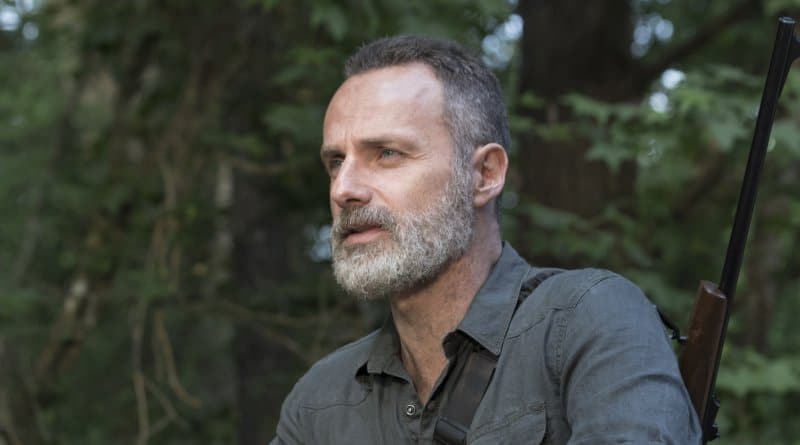 Andrew Lincoln’s final appearance as Rick Grimes on AMC’s The Walking Dead will happen during the November 4th episode, and longtime fans have a lot to say about his inevitable departure. It turns out that Lincoln himself has some thoughts and emotions about this momentous occasion, and he pulled them all together in the form of a heartfelt letter to fans of the series and members of the press who have been covering the franchise since its inception.

In his letter, Lincoln chronicles his experiences through the course of over 115 episodes and 400 zombie slayings, and he ultimately concludes on the united feeling between the cast and fans of the series all over the world. Despite the fact that he’s leaving the series, Lincoln teases that he knows where the franchise is headed, and it’s “quite incredible.” You can read his entire letter below, courtesy of TV Guide:

For coming with us on this journey. For the nine years of fear, heartache, anger and, let’s face it, guts you’ve shown by making it through these 115 episodes and counting. And for services to journalism that go way behind any civilised levels of human endurance.

For understanding that despite the high volume of undead, this is actually an ongoing story about what it is to be alive. A story of hope, family and friendship. People with nothing in common discovering that they have everything in common. United in their search for humanity and a place to call home. A story that has perhaps even more relevance now than it did when we began.

It’s been the most exciting, challenging and satisfying role of my career — and for the best part of a decade, the greatest adventure of my professional life. This season feels like the show I fell in love with all those years ago, and the world we were always heading toward when we wrapped the pilot episode.

By my own rough count, I’ve killed over 400 zombies during the apocalypse. Lost a horse, found a horse. Lost a girl… that didn’t go well. Ate a dog once. Wore a meat poncho twice. Escaped from a bunch of hipster cannibals. Not to mention I’ve been shot twice, baseball batted, stabbed three times, bit a man’s throat out (I’m sorry — that was weird — and tasted like chicken), and had my cowboy boots resoled… 12 times.

We began as an indie movie, and years later became a three-letter acronym (wtf?). And along the way, we’ve had the unique pleasure of meeting zombie enthusiasts all over our beautiful blue planet. From Tokyo to Trinidad, people have been united by their love of this story of survival… and Norman Reedus’ extraordinarily luscious hair.

It’s been a wild ride, shaped by the relationship between the show and the fans of the show, and in no small part you good people of the press.

I look forward to following your coverage of the show and my friends in Atlanta for seasons to come — what they have planned is quite incredible.

For all of it.

For the good, the bad… and of course, we wouldn’t be a free press… without the ugly.

Until our paths cross again.

Stay tuned to Horror News Network for complete coverage of Andrew Lincoln’s final appearance on The Walking Dead, and full coverage of the series as it breaks!