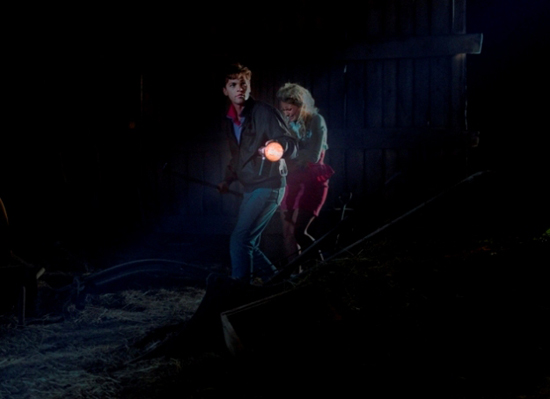 Anchor Bay Entertainment Celebrates The 80’s With ‘Lost After Dark’

CELEBRATES THE ‘80S WITH

“Countless imitators have laid claim to being a throwback 80s slasher homage…Lost After Dark is the real deal.”

BEVERLY HILLS – If you thought the 80s were dead — think again! On September 1st, Anchor Bay Entertainment goes full 80s retro with Lost After Dark, a loving but harrowing homage that takes audiences back to the decade when slashers ruled the silver screen.  The exciting directing debut of writer/director Ian Kessner, Lost After Dark proudly features visceral, old-school prosthetic “kills,” and pop songs pulsing to an electronic beat. So thrown on a pair of acid wash jeans and go full-on tubular with Lost After Dark! SRP is $26.99 for the Blu-ray™ and $22.98 for the DVD, with pre-book on July 31st.

Spring Ball, 1984.  Adrienne (Kendra Timmins, Midnight Sun, “Wingin’ It”), a straight-A student, joins her quarterback crush Sean (Justin Kelly, Maps To The Stars, Big Muddy) and some friends in sneaking out of their high school dance for some unsupervised mayhem.  The teens’ party plans hit a snag when they run out of gas on a deserted road.  They head out on foot and discover a rundown farmhouse where they hope to find help.  Instead they find themselves at the mercy of Junior Joad (Mark Wiebe, Sweet Karma), a cannibal killer from an urban legend. After the brutal murder of one of their friends, the group’s quest for help becomes one of survival. Will anyone survive the night?