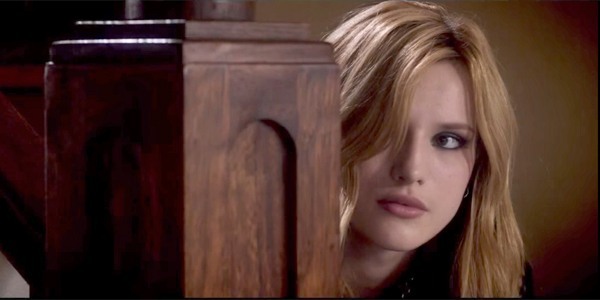 What a long, strange trip its been for Amityville: The Awakening.  After years of false starts, delays, and overall mismanagement, the Bella Thorne horror film finally debuted in theaters on Saturday, October 28th…to the tune of Seven hundred and forty-two dollars (no cents have been reported at this time).

Although some media outlets are connecting this disaster to the Weinstein Company’s current sorrid state of affairs, the history of this doomed production goes back much farther.

Horror News Network detailed the serendipitous journey of the film to a whopping ten theater screens nationwide in last Summer’s Horror Movie Preview by stating that “The only thing more shocking than the film’s troubled past is the fact that is going to be released at all.  It all started in 2012 when the film was called Amityville: The Lost Tapes and was designed to capitalize on the popularity of “found footage” films such as Paranormal Activity. By the time production began, the Weinstein Company got the memo that they missed the “found footage” window of opportunity, and decided to scrap the whole project and make a traditional horror film.  The original trailer was released in August of 2014(!) and the film’s release date was set for January of 2015.  It was then mysteriously removed from the studio’s schedule and then resurfaced, moving to April of 2016.  Once people finally saw the film at test screenings, the feedback was so negative that the studio yet again moved the film to a different date (and also had star Bella Thorne return for additional filming), this time January of 2017.  Think it’s over yet? Nope.  The studio finally (we think) moved the release to June 30th, 2017, where it sits at this very hour.”

The film eventually moved to its fated October release, two weeks after Amityville began streaming for free on Google Play.

Hopefully, the producers weren’t counting on the film to bankroll a legal defense fund for Mr. Weinstein, but all horror fans can certainly rejoice in the fact that the “long national nightmare” that was Amitville: The Awakening is now over!

SCREAM: THE TV SERIES Season 1 Arrives on DVD May 10