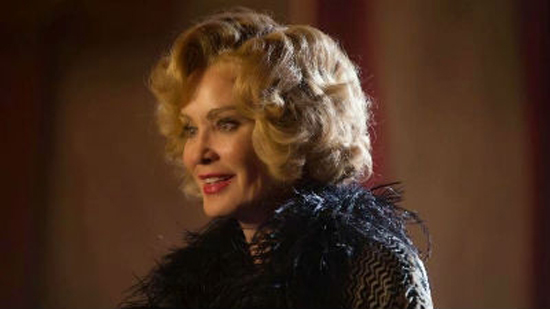 Synopsis: The freaks rebel in the Season 4 finale. Meanwhile, Dandy prepares for his debut performance.

Our Thoughts: This season’s finale starts off with Dandy working on getting his show ready and acting like a spoiled brat. Amazon Eve knocks him on his ass in an amusing display. Rightfully pissed, the freaks tell him off and quit Dandy’s show. Meanwhile, Elsa is busy, and unsuccessfully, trying to make her way into the world of television, until a junior VP takes pity on her.

Dandy seeks out revenge on the freaks who quit, in one of the most intense scenes of the season. The twins made an absolutely insane decision, but it seemed like they had no other choice. What ensues as a result, is completely, perfectly insane. I think that reunion scene, as I will call it, was one of the best all season.

Much like past seasons, we cut to the future, where Elsa is a Hollywood star, just as we saw in Pepper’s episode. However she is still unhappy and her past comes back to haunt her. Halloween rolls around again and Elsa agrees to perform, embracing her fate and setting up for Edward Mordrake’s anticipated return.

The final episode of ‘Freak Show’ is full of tragedy, revenge and a hell of a lot of blood. With all that blood, there is catharsis and an ending fit for freaks. All loose ends are tied up nicely, as is the case with pretty much all American Horror finales. Maybe it was the theatrics or the freak show aesthetic, but this season felt like a work of pure art that you rarely find in television. The finale solidified that perception for me in the final scene. This was the most tragic season we’ve seen so far and as usual, there were many great performances from the entire cast. Neil Patrick Harris’ performance was the highlight of the season for me and I really hope he returns to the show in the future.

I don’t know about the rest of you, but the end left me both happy and sad and I feel like I’m going to miss the freaks more so than I have characters from past seasons. Until next season, Freaks!