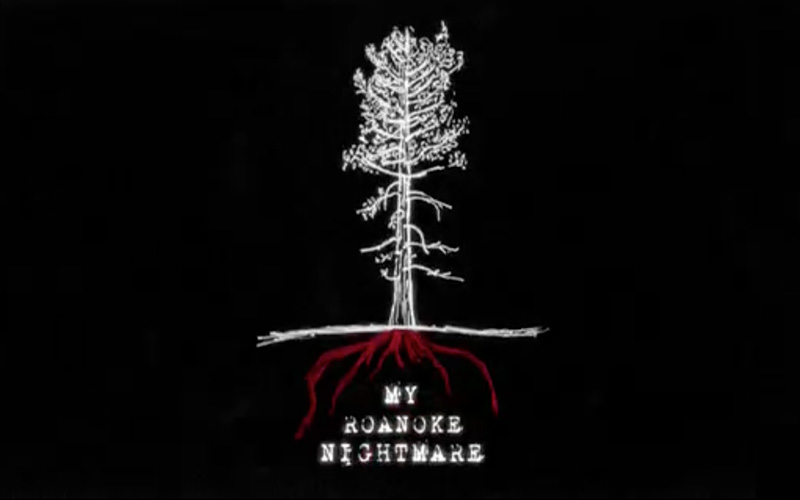 Fans of AHS seem to be split on their reactions to this season.  One group enjoyed the unique take on the “ghost docudrama” that seemed familiar to horror fans, but also forged new ground due to the fact that no one had yet satirized this popular staple of cable television.  Detractors said that it wasn’t scary enough and that the first five episodes were missing what made AHS great.  When the “big reveal” happened in episode six and watchers discovered that in the world of the show, a sequel bringing together the actors and their real life counter parts would be the focus of the rest of the series, some cried and others cheered based on their wildly different sensibilities. 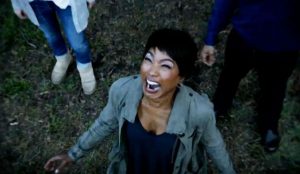 I expressed my “horror” at this change in my mid-season review and I thought that episode six was by far the weakest of the season (if not the entire series).  Just when you think it can’t get any worse…The last four episodes of AHS: My American Nightmare: Roanoke is some of the worst genre television I have ever seen.   At one point during episode seven, I said to myself, “did Rob Zombie direct this episode?” At this time I’d like to publicly apologize to Mr. Zombie for thinking this because he’s never done anything close to as bad as the second half of Roanoke (even counting the ill-fated 31).

If the concept of “world’s colliding” (I’m referring to the stars meeting their real life muses) wasn’t enough of a stretch, the program devolves into hours of torture porn filled with offensive characterizations.  One of the highlights of the first half of the season was the caricatures of the “real people” including the backwoods hillbilly family The Polks.  You can understand why they were so stereotypical in the docudrama and I assumed that the real Polks would be redeemed in some way.  However, I forgot that I was watching a Ryan Murphy show and that everyone is a stereotype.  The real Polks are in fact even more outrageous when they hit the screen, combining all of the previous inbred stereotypes with a taste for human flesh (for some reason they need to eat people even though they have a marijuana farm that would make Pablo Escobar jealous).  These scenes (as well as many scenes in the haunted house) are played for pure shock value, borrowing the worst story-telling and scare techniques from Eli Roth’s Hostel.   None of the scenes are frightening; they are instead over blown exercises in excess which AHS is unfortunately known for. 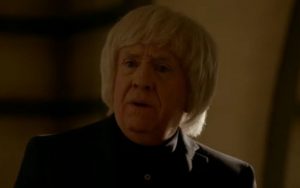 Speaking of excess, let’s talk about cameras.  The big conceit of the second half of the season is that all of the material that was used to make the second season was “found footage”. To ensure the consistency of these shots, various i-phones, security cams, video cameras, head cams, selfie sticks and any other cam known to man are constantly in use.  The “found footage” film is one of the most polarizing topics in the horror community, but even skeptics can find one or two films that pass the careful inspection of long-time fans.  But does anyone want to see a four hour long” found footage” extravaganza?  I had the benefit of watching the program week to week with some much needed recovery time. I can just imagine the experience of a binge watcher (in fact, I imagine they may be seeking the assistance from their local medical professional at this point).  The insistence on this gimmick clearly displays a choice of technique over any storytelling that could have occurred along the way, and swapping visuals for story-telling is never a good choice.

Ok, you may be saying to yourself that maybe there was some great scripting and dialogue that could have rescued this visual mess.  If so, get ready for one of the worst lines ever written in any television show ever.  I had to write it down and replay it to be sure that I wasn’t slipping into an AHS metaphysical experience, but I am here to tell you that this sentence was actually delivered on screen by Sarah Paulson’s Audrey.  When Audrey walks into a bedroom and finds the body of the woman she portrayed on screen (Shelby Miller), she says, and I quote “Oh Shelby!!!  I feel like part of me has just died!!!”  No subtext, no problem in the illogical world of AHS, where the writers have so much respect for their audience that they can’t allow them to figure it out for themselves.   I’ve got admit, I watched the rest of the series, but I was pretty much done at this point.

Where does the season go from there?  New characters are introduced who last all of forty minutes in episode (seemingly to introduce new cameras to the viewers) and the final episode devolves into a test reel of concepts that could have been used during the second half of the season such as court room and true crime documentaries and ghost hunting programs.  To be honest, any one of these concepts would have rescued the second half of the season if they were done with the fidelity of the first 5 episodes, but we only get 10 minutes of each to wonder about what could have been. 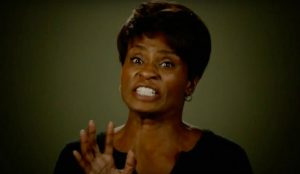 It has always been my suspicion that AHS has always been for people who appreciate the design and scares delivered on a haunted hayride and this season has cemented this opinion for me.  As for me, the second half of the season was like the worst possible haunted hayride you could go on because it lasted over five hours.  Yes, I think I’m done with this franchise.  If I ever get the urge to go back, I’ll just head to my local tree farm during the Halloween season and climb on a tractor and prepare to be scarred by a bunch of amateurs with chainsaws and monster masks.  Hey, it’s better than committing ten hours of my life and ending up in the same old place that every season has ever left with me: confused and angry at myself for being fooled into thinking that this season would turn out any different…