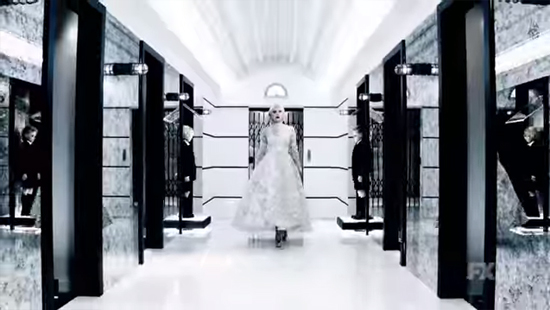 FX has released a new ‘American Horror Story: Hotel’ trailer, entitled ‘Above and Below’, featuring The Countess (Lady Gaga) and the music of Rammstein. You can view the new trailer below.