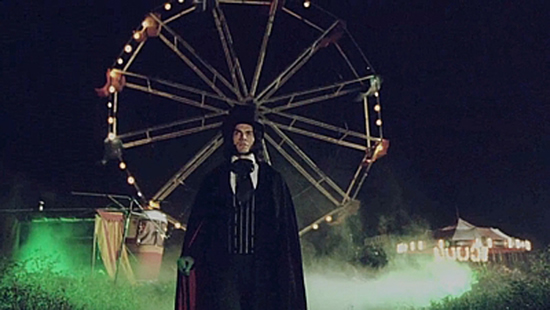 Synopsis: The Freaks refuse to perform on Halloween due to an old carny superstition. Jimmy is smitten by a woman claiming to be a fortuneteller. Ethel receives life-changing news.

Our Thoughts: This week’s American Horror Story is the annual Halloween episode. Aside from the premiere, it’s also the episode I always look forward to most. Even better, this one is a two-part episode.

Emma Roberts and Denis O’Hare finally return. I don’t know about all of you, but I had been waiting impatiently for them. The duo plays a pair of con artists infiltrating the freakshow. I was hoping Emma Roberts was actually a fortuneteller, however she’s only posing as one.

There are some dramatic and heartbreaking scenes in this episode, as Ethel finds out she is dying from cirrhosis of the liver and the group buries Meep. Desiree Dupree shows herself to be another amazing strong female character from Angela Bassett. Dandy and his mother never cease to amuse me with a few more ridiculous scenes. Dandy also spends some more time with Twisty. Despite the potential for mayhem, neither of them kill anyone in this episode.

In more creative lore that has become American Horror Story tradition, Ethel tells the story of Edward Mordrake, played by Wes Bentley, the two faced prince who snapped one Halloween and murdered an entire troupe of freaks. Legend has it, if freaks perform on Halloween he will come and take one of them to hell with him. The group ignores the myth and Elsa performs a song that night, which results in Mordrake being summoned. It’s clear he’s going to take one of them. After hearing her tragic back-story, we know it won’t be Ethel. I am guessing maybe Dell, since he seems the most guilty of the troupe. I am loving Mondrake and can’t wait to see more of him! This episode was just laying the ground work and part two is going even better, as is always the case with an American Horror Story two-part episode.

Until next week, freaks!