Ryan Murphy is doing his best to keep the “horror” in his “stories”–and in both of his TV series.

Along with the poster–which shows a woman with her face cracked open (not unlike an egg) to reveal a black widow spider sporting a red design that mirrors the crimson stain on the woman’s lips–Murphy dropped a few hints about the spinoff. 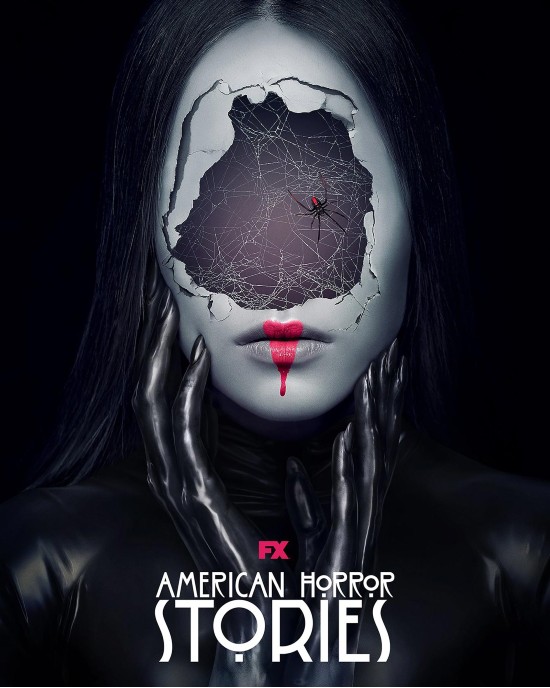 “We are doing 16 one-hour standalone episodes,” he tweeted, “delving into horror myths, legends and lore. Many of these episodes will feature AHS stars you know and love. More to follow.”

This confirms what had already been reported concerning American Horror Stories. The series apparently will feature stories that will be contained in single episodes–as opposed to full seasons. Each episode has been described as a “standalone, self-contained ghost story.”

Though not much else is known at this time about the spinoff–including an exact 2021 debut date on FX on Hulu–it was reported that AHS star Sarah Paulson will direct at least one episode of the new series.

With so many questions (and mysterious hints) surrounding the spinoff, keep reading Horror News Network for all updates on American Horror Stories on FX on Hulu.