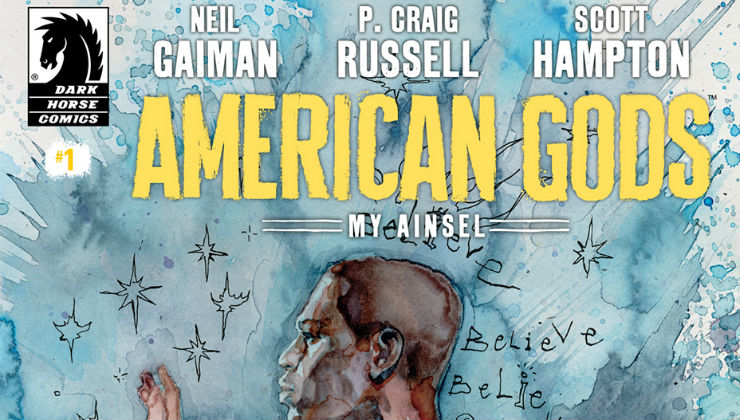 Hot on the heels of the second story arc of Dark Horse Comics’ adaptation of Neil Gaiman’s American Gods entitled “My Ainsel”, Horror News Network was able to interview series artist Scott Hampton about his work on the project, the challenges in adapting a novel to a comic book, and his previous work with Clive Barker.

Horror News Network: You have worked on a number of projects with Neil Gaiman. How is American Gods different from some of the other projects?

Scott Hampton: American Gods is so dense and textured with so many colorful characters and such an amazing story arc it feels like a singularity to me.

HNN: How did you first become involved with Dark Horse Comics’ adaptation of American Gods?

Hampton: Craig Russell contacted me. Earlier, he and I (and a bunch of other terrific talents) did The Graveyard Book adaptation and thoroughly enjoyed the process.

HNN: What are the challenges in adapting a novel to a comic book format?

Hampton: Since Craig is handling the scripting and layouts, I’ll leave that question for him to answer. For myself, I want to remain faithful to the material while bringing my own take. It’s a delicate balance.

HNN: Have you watched the Starz series? If so, what do you think of their adaptation in a different medium? If not, did you stay away from it so your interpretation was intentionally different? 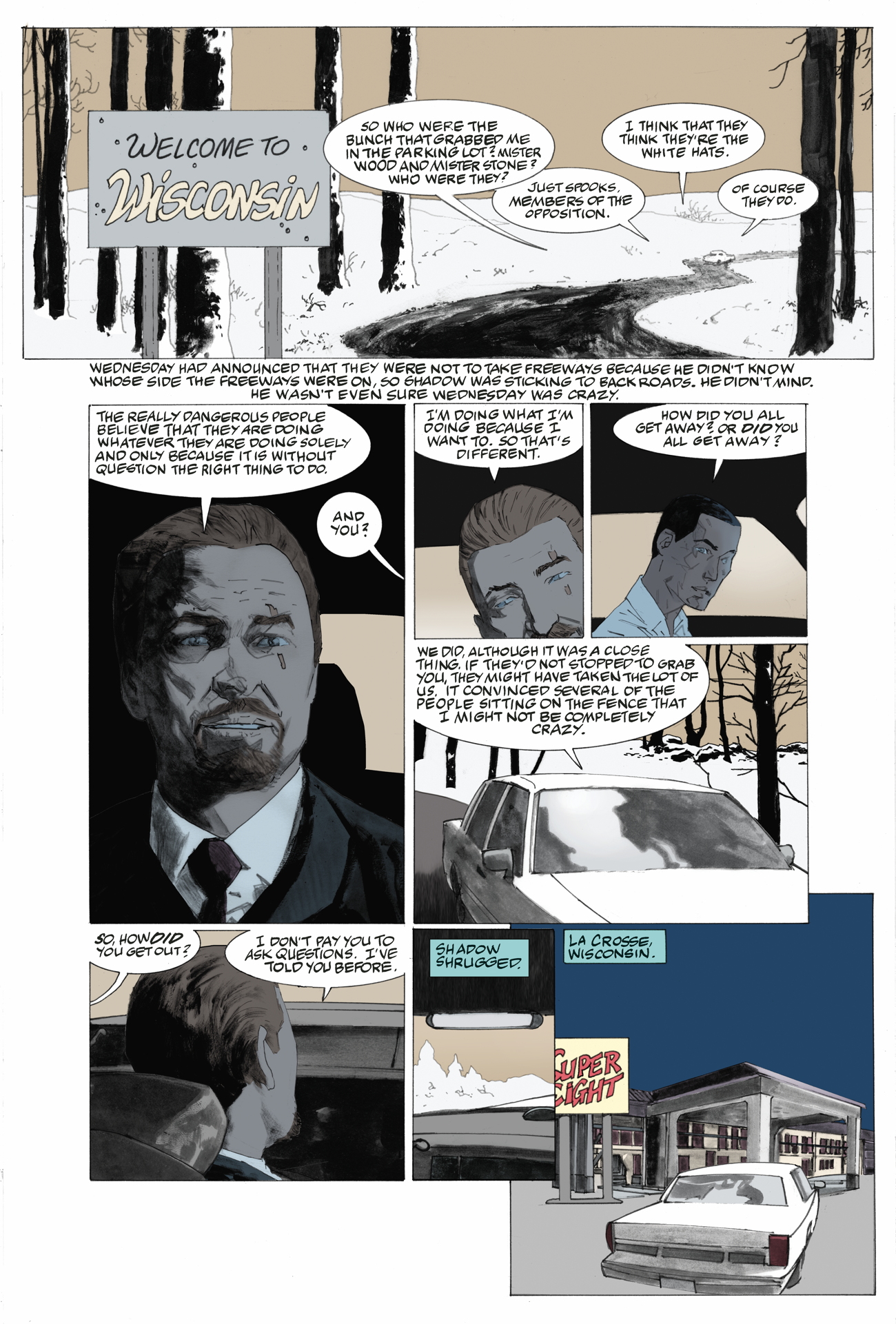 Hampton: Craig and I have chatted about this. Neither of us watches the show since we don’t want to be influenced or precluded from making choices that might seem similar. We plan to binge watch it after completing our work on the comic. 🙂

HNN: Which character(s) in the series do you enjoy drawing the most and why?

Hampton: Wednesday, Shadow, Laura, Chernobog, all the other gods, the list is huge!

HNN: Early in your career, you were involved in adapting many Clive Barker stories. What are your memories of working with Barker and those series?

Hampton: That was a golden time. Clive is a great talent and a joy to collaborate with. He is also a painter so his writing is intensely visual.

HNN: You have also illustrated a number of traditional super heroes. Is there one story arc or issue that stands out for you over the course of your career?

Hampton: Batman: Night Cries with Archie Goodwin was a very personal project. He is missed.

HNN: Any new projects that you are working on?

Hampton: Craig laid out and scripted another Gaiman story, “October in the Chair”. It rings in around thirty pages and will come out in a volume of Neil’s stories along with one by Craig and a few others sometime in the next twelve months or so.

American Gods: My Ainsel #1 will be released on March 14 at finer comic book stores everywhere. 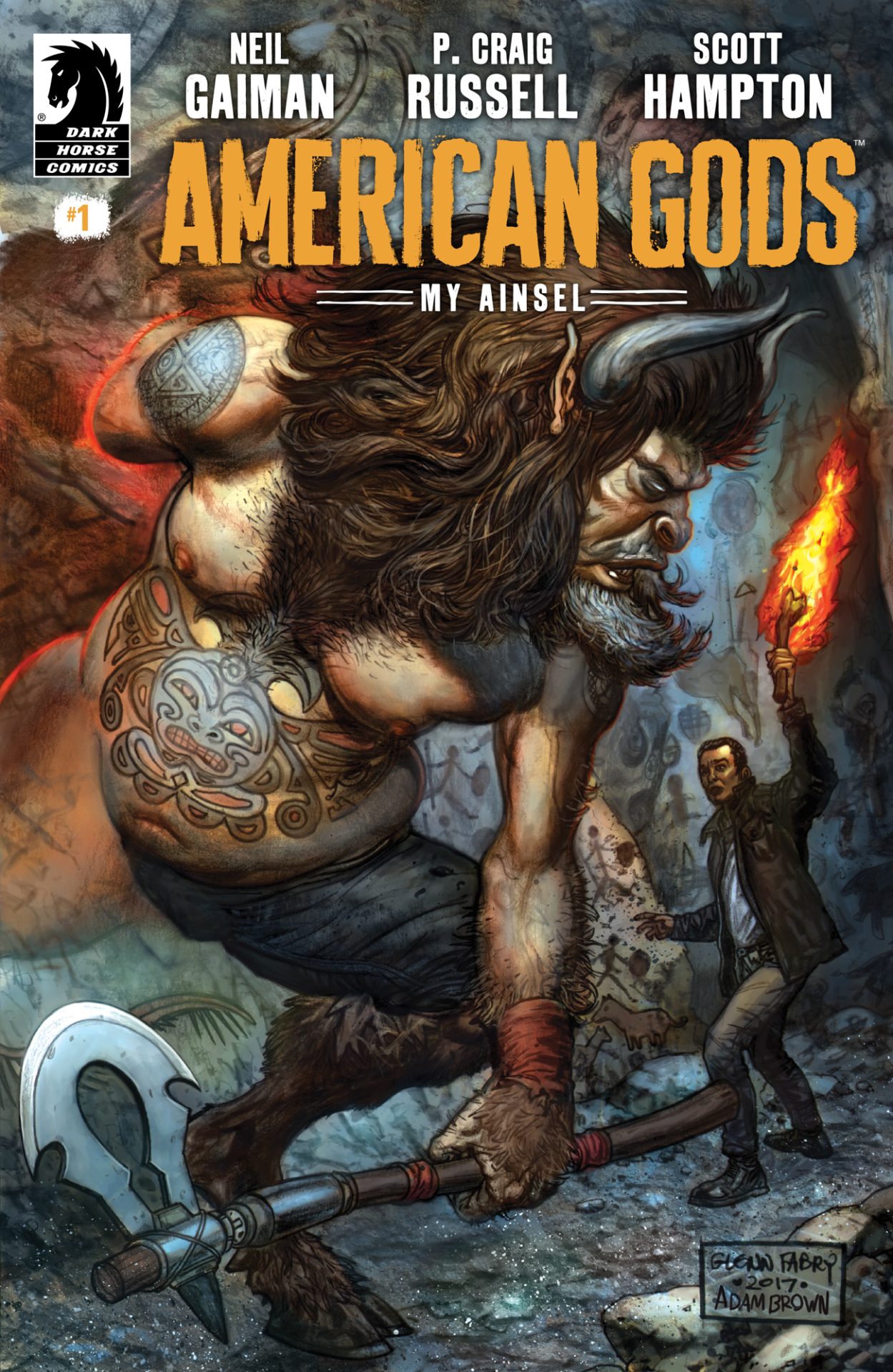