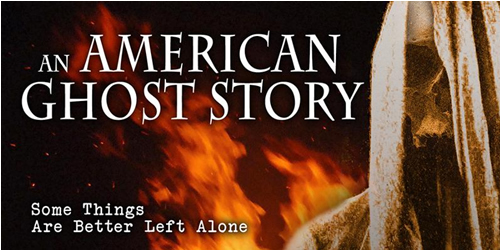 Breaking Glass pictures has just given us word that “An American Ghost Story” will be hitting DVD on August 20th. The film, which you indie horror fans may remember as “Renevant,” stars writer Stephen Twardokus, and was well received at several horror film festis.

Synopsis:
“Paul Anderson (Twardokus) and his girlfriend Stella (Liesel Kopp) move into a house that is well known for being haunted. Paul, a struggling writer plans to write his first novel about his experiences with the paranormal. What starts out as a fun and exciting adventure, soon takes a very dangerous turn. They quickly realize some things are better left alone.”