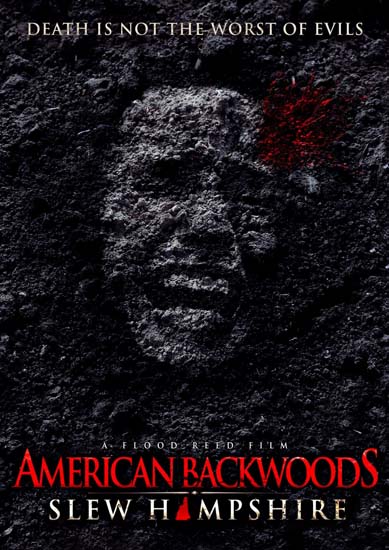 Synopsis: In June of 1994, one of the most brutal mass slaughters in history occurred in the backwoods of northern New England. Four months later, history is about to repeat itself. The end of summer signals the brink of manhood for a group of lifelong friends who proudly call New Hampshire their home. But when they embark upon a local rite of passage – traveling north for one final weekend of debauchery together – it just might prove to be their final weekend PERIOD, as this rite is doomed to go frightfully wrong. When they find themselves ensnared in a struggle for survival amongst a sinister hunting party, a bloodthirsty tribe AND a mythical beast, what began as a comedy of errors devolves into an all-out Darwinian duel to the death, and less than 24 hours will pass before a slew of lives have been claimed and the last of the living remains.

Our Thoughts: A night of partying turns weird for a group of friends after an car accident and the arrival of supposed cops in a station wagon. Murderous hunters collide with a cannibalistic tribe, as the kidnapped party goers must struggle for survival.

The film carries and eerie, trippy vibe, mixed with a gritty film style. The result is a terrifying atmosphere, with a constant feeling of dread. It has a pretty standard lost-in-the-woods, kidnapped-by-hillbillies kind of set up until the tribe and the creature are thrown into the mix, then things start to get really interesting. A disgusting blend of gore and rape make for a horrific film that make something like ‘Deliverance’ look like a a nice vacation in the woods. The addition of comedic relief make the film a whole lot of gratuitous fun for gore fans.

Dayo Okeniyi is excellent as mature one of the group, Bro. I always enjoy seeing the director’s play horrible characters, particularly in horror. Director/writer Flood Reed shows off his multi-talent abilities as hillbilly Bags. If you love over the top violence and gore, you won’t want to miss ‘American Backwoods: Slew Hampshire’.